You are here: Home / AICPIN / AICPIN for the month of December 2020

Labour Bureau releases the data of AICPIN for the month of December 2020.

The All-India CPI-IW for December 2020 decreased by 1.1 points and stood at 118.8 (one hundred eighteen and point eight).

The important statistics data of the All India Consumer Price Index (AICPIN) for the month of December 2020 will be released by the Labour Bureau on 29 January 2021. The Consumer Price Index (CPI) is the key factor to calculate the percentage of Dearness Allowance. All Central and State Government employees, CPSE employees, PSU employees, bank employees, and also pensioners are eligible to get the DA or DR in India.

The Labour Bureau, an attached office of the M/o Labour & Employment, has been compiling Consumer Price Index for Industrial Workers every month on the basis of retail prices collected from 317 markets spread over 88 industrially important centres in the country. The index is compiled for 88 centres and All-India and is released on the last working day of succeeding month. The index for the month of December, 2020 is being released in this press release.

The All-India CPI-IW for December, 2020 decreased by 1.1 points and stood at 118.8 (one hundred eighteen and point eight). On l-month percentage change, it decreased by (-) 0.92 per cent between November and December, 2020 compared to (+) 0.61 per cent increase between corresponding months of previous year. 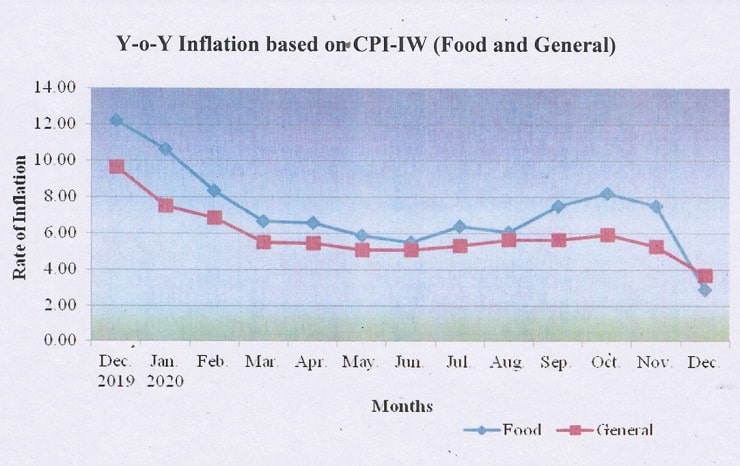 *Rounded up from second decimal place. 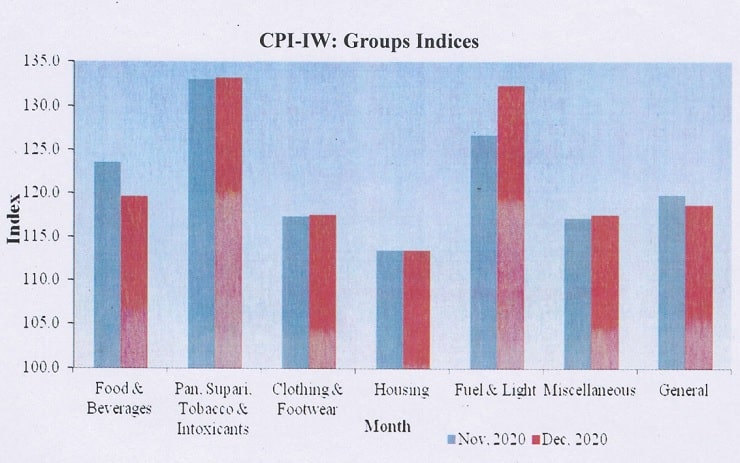 The next issue of CPI-IW for the month of January, 2021 will be released on Friday 26th February, 2021. The same will also be available on the office website www.labourbureaunew.gov.in. 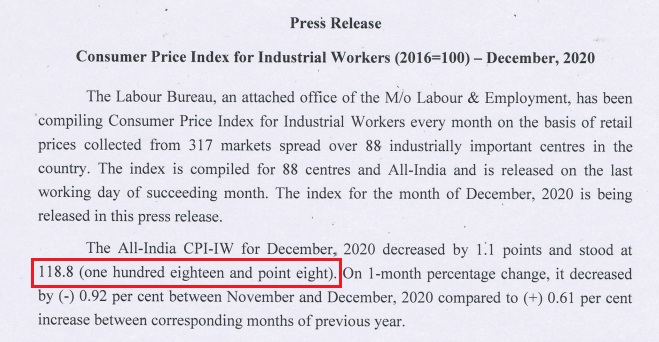