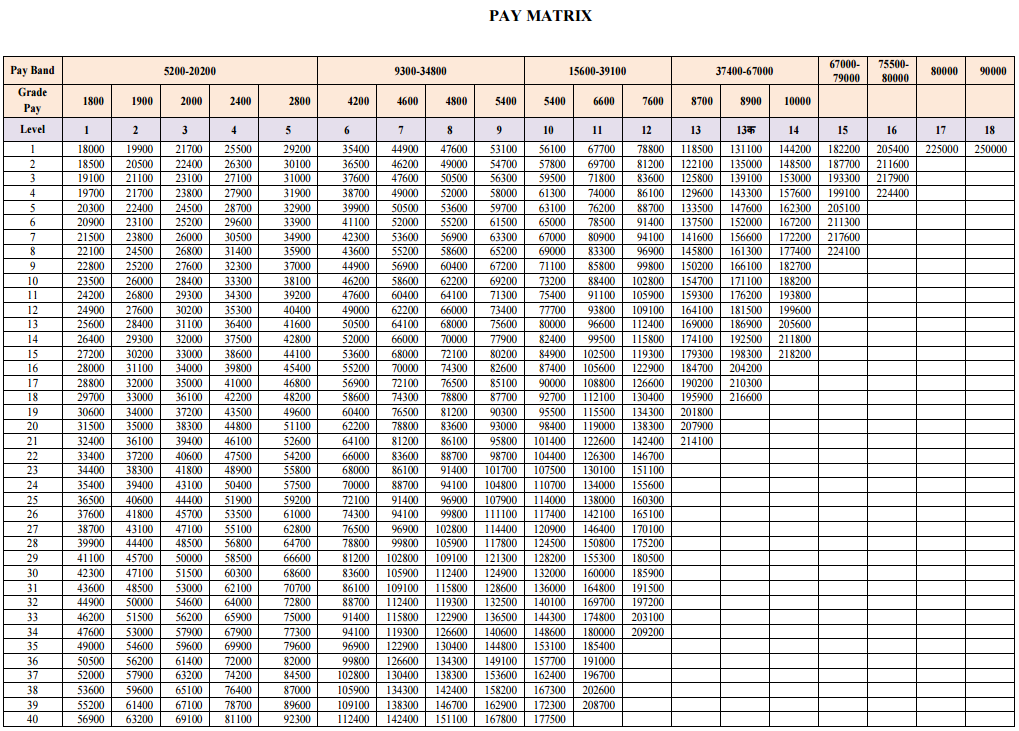 The Government has accepted the Commission’s recommendations on Minimum Pay, Fitment Factor, Index of Rationalisation, Pay Matrices and general recommendations on pay without any material alteration with the following exceptions in Defence Pay Matrix in order to maintain parity in pay with Central Armed Police Forces, namely :-

(i) the Index of Rationalisation of Level 13A (Brigadier) in Defence Pay Matrix may be revised upward from 2.57 to 2.67;

4. (1) The Pay Matrix, in replacement of the Pay Bands and Grade Pays as in force immediately prior to the notification of this Resolution, shall be as specified in Annexure I in respect of civilian employees.

(2) With regard to fixation of pay of the employee in the new Pay Matrix as on 1st day of January, 2016, the existing pay (Pay in Pay Band plus Grade Pay) in the pre-revised structure as on 31st day of December, 2015 shall be multiplied by a factor of 2.57.

The figure so arrived at is to be located in the Level corresponding to employee’s Pay Band and Grade Pay or Pay Scale in the new Pay Matrix. If a Cell identical with the figure so arrived at is available in the appropriate Level, that Cell shall be the revised pay; otherwise the next higher cell in that Level shall be the revised pay of the employee.

(3) After fixation of pay in the appropriate Level as specified in sub-paragraph (2) above, the subsequent increments in the Level shall be at the immediate next Cell in the Level.