Retirement age of Haryana Govt Employees from 60 to 58 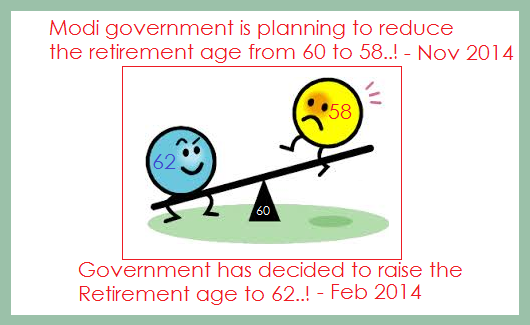 Haryana Government reduced the retirement age of state government employees from 60 to 58.

This decision will come to effect from 30.11.2014. Employees who have completed 58 or 60 years in their respective categories and are still serving would retire on November 30, 2014. The upper age limit for fresh recruitment would remain 42 years.

Just you read the official order published by the Haryana Government on 26th August, 2014…