As per 11th BI-Partite Settlement Dated on 11 November 2020, the new Leave Fare Concession (LFC) rules for Bank Subordinate and Non-subordinate Staff with effect from 1st November 2017. 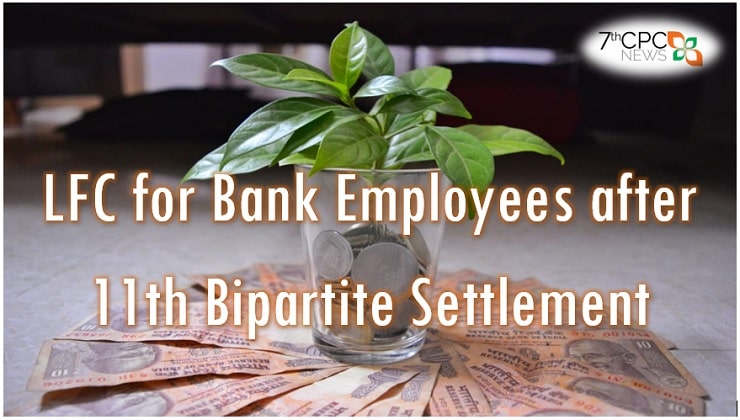 LFC can be availed by

There will no need to take any leave while encashing LFC.  While ecnashing LFC, Privilege Leave also can be encashed. One more option will be available to choose between 4 year block or 2 year block. Employees can travel by steamer while on LFC and for clerks entitled class would be I Class Cabin and for sub-staff II class cabin

In partial modification of Paragraph 19 of Bipartite Settlement dated 25th May, 2015, with effect from the date of this Settlement, leave fare concession payable will be the actual return railway fare or steamer fare incurred by the workman and members of his family subject to the following:

(2) In partial modification of clause 19 of the Bipartite settlement dated 25th May, 2015, the class of fare to which the workman and the members of his family would be entitled, shall be as follows:

Note: The above entitlement shall also be applicable for travel on duty.

Provided however, in the case of non-subordinate staff, they will be reimbursed the fare for travel by Rajdhani/Shatabdi trains if the travel has been actually undertaken by such trains.

Provided further that in addition to train fare, charges incurred on account of local sight-seeing during availment of LFC may also be reimbursed subject to total claim not exceeding the amount equivalent to eligible train fare as per respective entitlement.

Note: GST Charges levied on Train Fare shall be over and above the entitlement. In view of prevailing dynamic fare system, the cost of train tickets charged on the date of booking will be reimbursed.

For employees working in North East States, LFC will begin from Guwahati and the eligible train fare from their place of work to Guwahati will be additionally paid. Similarly, eligible fare for Andaman & Nicobar islands to Chennai/Kolkata, Lakshadweep to Kochi, far-flung area branches in Himachal Pradesh, Uttarakhand, Sikkim, Jammu & Kashmir or any other areas which are not directly connected by train shall be additionally reimbursed under LFC in addition to normal entitlement for the employees working in these areas to the nearest major Railway Station.

An employee and/or members of his family, when availing leave fare concession may undertake travel by any mode of surface transport between places and the employee will be eligible to claim in respect of such journey his actual expenditure or the notional train fare by the entitled class for the admissible and entitled distance, whichever is less, within his overall entitlement.

For the purpose of this sub-clause, travel by any approved mode of surface transport would mean such travel undertaken through any public transport or transport (including taxi) operated by agencies / tour operators approved by appropriate Government authorities or motorcar owned by the employee/spouse.

(iii) By exercising an option anytime during a block of 2 years or 4 years, as the case may be, an employee can either undertake travel availing of leave fare concession and claim reimbursement upto his entitlement or to encash the facility for the concerned block. The option so exercised shall be irrevocable for the block concerned. On opting to encash the facility, he will be entitled to receive a lump sum equivalent to notional train fare for the admissible distance (depending on a 2 year or 4 year block) by the entitled class, subject to deduction of admissible tax at source. Leave Fare Concession for travel to place of domicile is not encashable. The facility of encashing of Leave Fare Concession may be allowed to employees without the requirement of availing leave for this purpose. An employee opting to encash his LFC shall prefer the claim for himself and his family members only once during the block / term in which such encashment is availed of. The facility of encashment of privilege leave while availing of Leave Fare Concession is also available while encashing the facility of LFC.

(v) All employees will be given an opportunity to exercise an option within 90 days from the date of this Settlement to avail LFC under two years/four years block as the case may be. If no option is exercised within the stipulated period, the earlier option will continue to be operative.

(vi) Dolly/Pony charges as per Government Rates shall be reimbursed within the overall entitlement.