Dear Comrades,
The vital information sought under RTI regarding the recommendations of Shri Kamalesh Chandra Committee is reproduced here under for favour of information.

2. The Appellate Authority is Shri Amarnath Singh, Director (E.III-A) Department of Expenditure, Room No. 74-C, North Block, New Delhi, and email ID is [email protected] and Tel Ph No. is 23093811. Appeal, if any, may be preferred within 30 days from the receipt of this letter.

Yours faithfully
sd/-
(Ashok Kumar)
Under Secretary to the Government of India & CPIO
[email protected]
Ph No. 23095650

Ministry of Finance
Department of Expenditure

2. The proposals of Department of Posts contained in their nots on pages 107-117/n of their above mentioned LF have been considered in the light of the clarifications given by them as mentioned above.

3. This Ministry agress to the proposals as under:-

(iii) The rate of annual increment of 3% is agreed to.

(iv) The proposed rates of allowances of Composite Allowance, Cycle Maintenance Allowance, Stationery Charges for those other than BPM, Combined Duty Allowance and Risk and Hardship Allowance are agreed to.

(vi) The proposed rate of Children Education Facilitation Allowance may be decided by Department of Posts in consultation with DoPT, the Nodal Department. If DoPT agrees, this Department has no objection.

(vii) As regards Welfare Benefits (Chapter 18), Department of Posts is advised to remove the para on welfare benefits from the proposal and take decision independent of the proposal for pay and allowances.

(viii) Except revised TRCA, all other issues would be given prospective effect, as mentioned by Department of Posts.

4. This has the approval of the Finance Minister.

5. Department of Posts may like to seek approval of the Cabinet as on the last occasion. 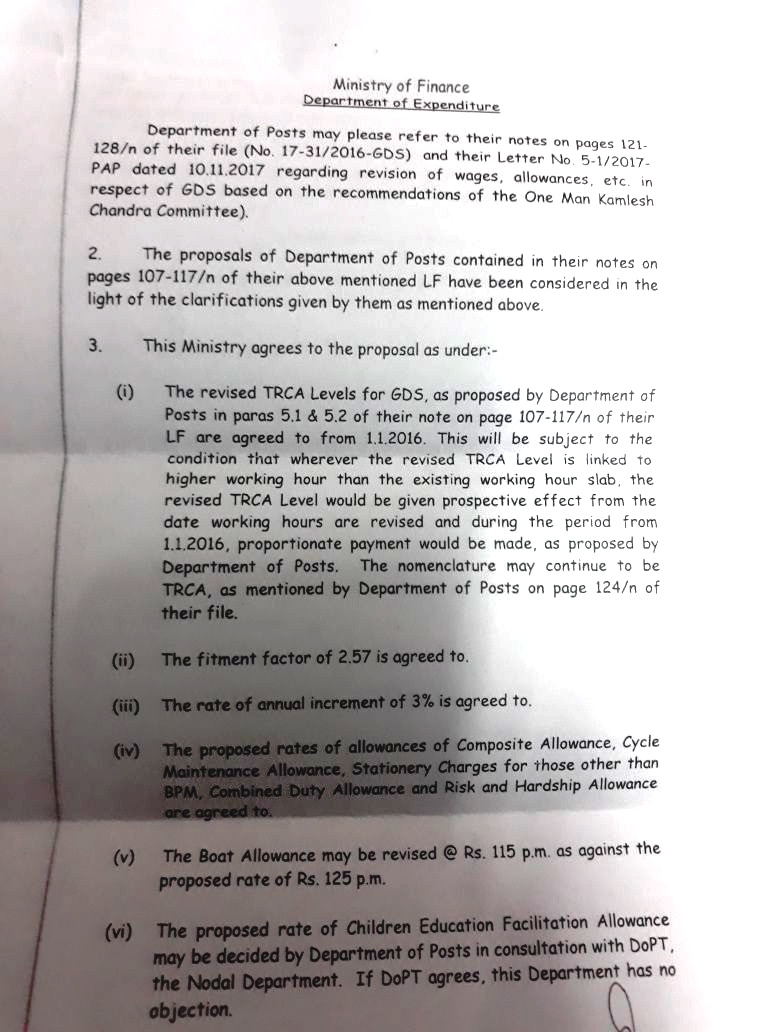 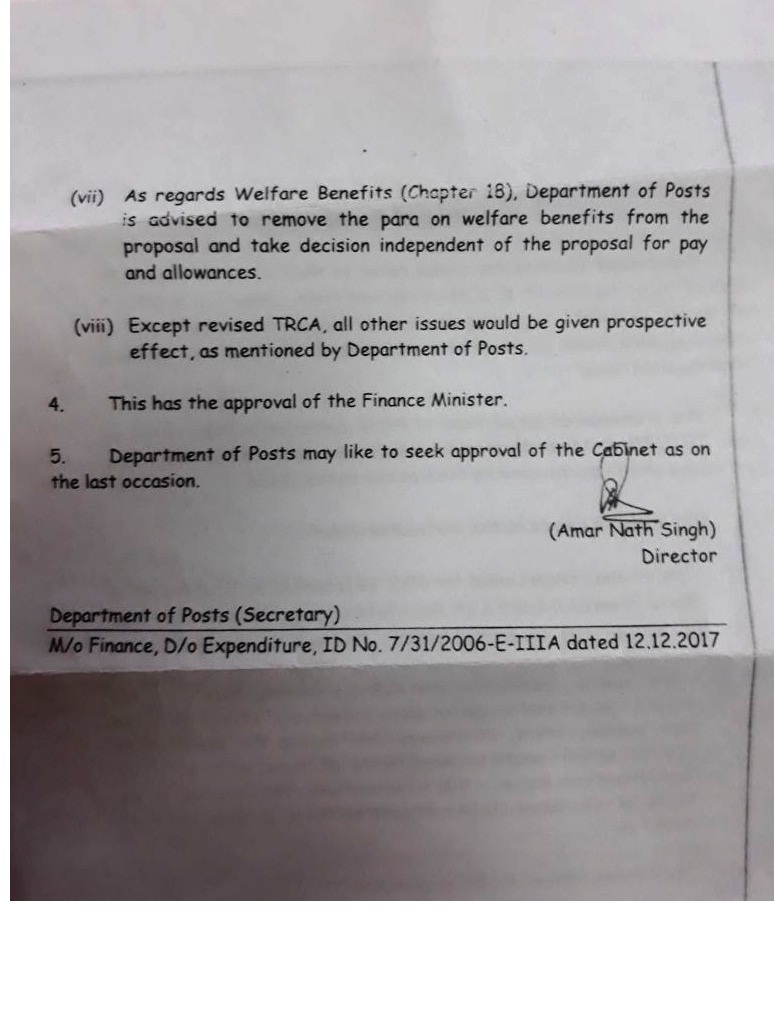