You are here: Home / PCDA Orders / Efforts made by inimical force to get sensitive information through fake communications

As per CGDA, New Delhi Circular No. AN/III/3012/Circular/Vol-VII dated 13.10.2015 Central Securities Agencies have reported that inimical agents have devised a new mechanism to carve out information from sensitive installations through communication in the name of some retired government officers or using letterhead similar to genuine letterhead of some departments. Though such communications have been found to be fake, prima facie, the receiver of the communication may get trapped in their web and may disseminate sensitive information in the ignorance of genuineness of the communications.

2. As the vital/ sensitive installations of India continue to be high on the agenda of terrorists outfits, it is imperative to sensitize Heads of installations to verify the genuineness of the letter/ requests before disseminating sensitive information to the concerned person/ authority. to thwart any attempts of inimical forces to gather information. Sensitive information should be conveyed only to the concerned/ authorised persons, on need-to-know basis only.

3. All Office in charge are requested to accordingly sensitize the staff under them in this regard. 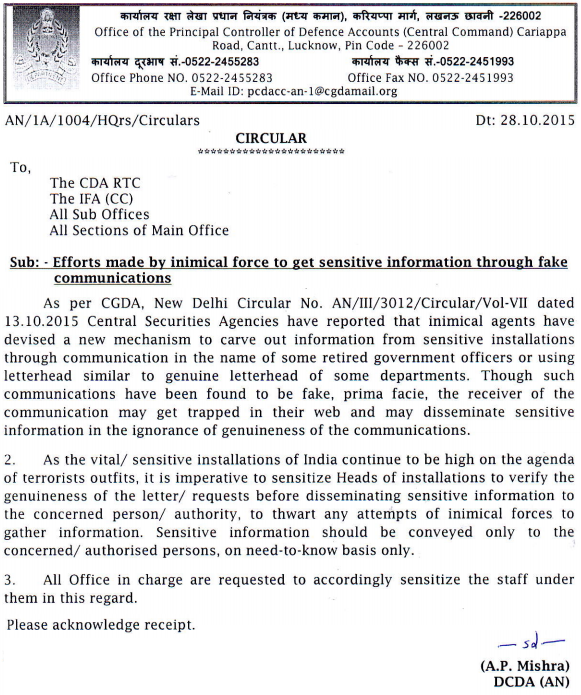 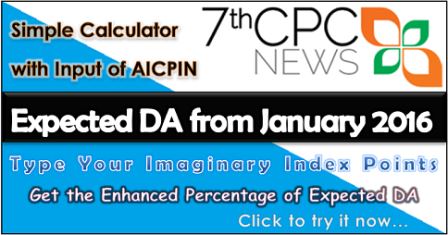