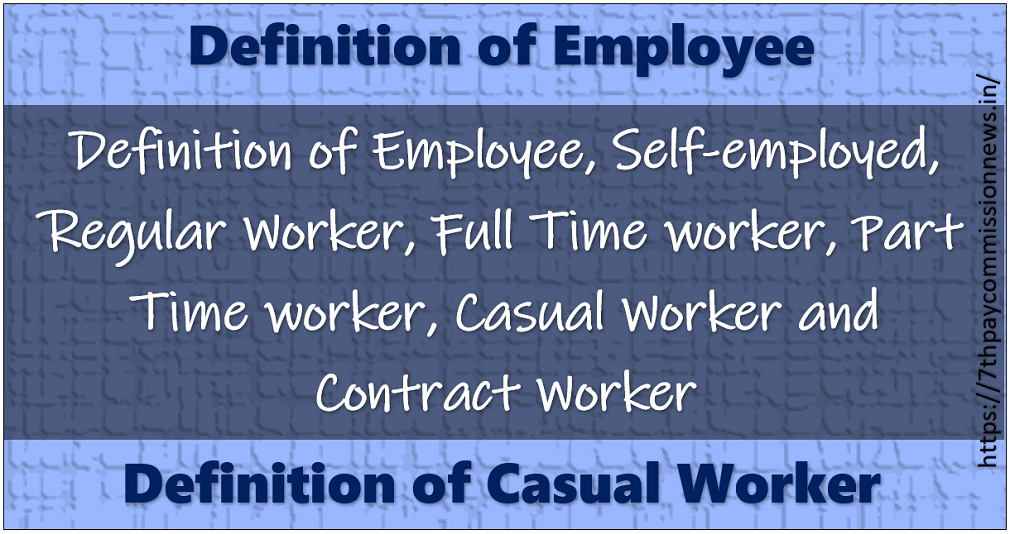 Employment / Worker: Employment in this survey is the number of persons Self-employed, employed either directly by the establishment on regular/ casual basis / contract basis or through a contractor on contract basis.

All persons engaged in an economic activity /establishment either as owner, members of the household working as co-owner or partner or helping the owner in running the establishment, whether hired or not, besides regular and salaried employees, casual/ daily wage labourers would be considered as workers for that establishment. For the present survey all paid and unpaid apprentices will also be regarded as workers. Persons, who despite their attachment to economic activity, abstained themselves from work for reason of illness, injury or other physical disability, bad weather, festivals, social or religious functions or other contingencies necessitating temporary absence from work, constitute workers.

Employee: Employee relates to the person engaged by the unit whether for wages or not, in work connected directly or indirectly with the process and includes all administrative, technical and clerical staff, supervision or management, as also labour in production/ services.

Self employed: Persons who operated their own establishment or were engaged independently in a profession or trade on own-account or with one or a few partners were deemed to be self-employed. The essential feature of the selfemployed is that they have autonomy (decide how, where and when to produce) and economic independence (in respect of choice of market, scale of operation and finance) for carrying out their operation.

Full Time worker: Full-time worker is an employed person who works a minimum number of hours defined by his/ her employer.

Part Time worker: Part-time worker is an “employed person whose normal hours of work are less than those of comparable full-time workers”.

Regular Worker: The person who has worked in non-farm enterprises and, in return, received salary or wages on a regular basis (i.e. not on the basis of daily or periodic renewal of work contract).This category included not only persons getting time wage but also persons receiving piece wage or salary and paid apprentices, both full time and part-time.

Casual Worker: A person, who is casually engaged in non-farm enterprises and, in return, received wages according to the terms of the daily or periodic work contract, is a casual worker.