Ad-Hoc Bonus means Non-Productivity Linked Bonus. Bonus is provided on the basis of Productivity achieved in the last financial year. Whereas, employees who are working in non-productivity segments they will pay as an ad-hoc bonus. 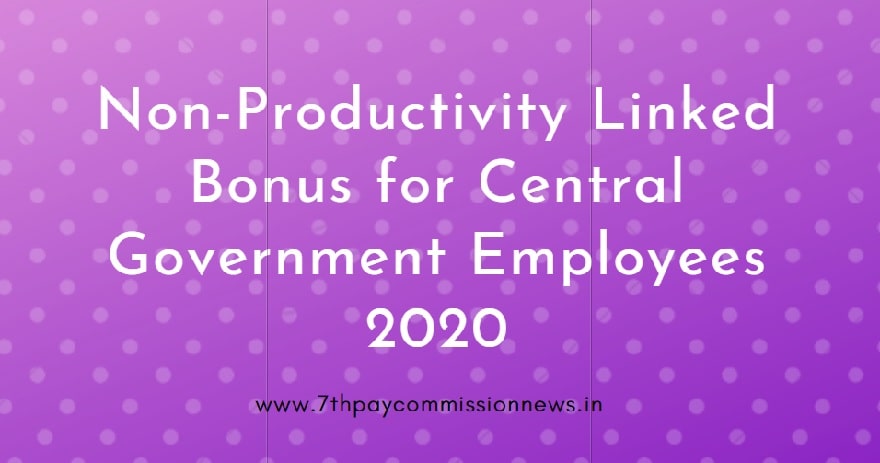 The Cabinet Committee will decide the productivity bonus for the employees working productivity segments, for example, Railways.

Whether the employees in the following categories are eligible for the benefit of ad-hoc bonus for an accounting year?

Employees who resigned, retired from service or expired before 31st March, 2019.

Employees who reverted during accounting year from deputation on foreign service with the organizations indicated in ‘C’ above.

Superannuated employees who were re-employed.

Employees on half-Pay leave/ E.O.L./ Leave not due/study leave at any time during the accounting year.

Yes, if the employees are eligible for benefits like dearness allowance and interim relief. Categories not eligible for these benefits would be considered at par with casual labor in terms of ad-hoc bonus orders.

Employees under suspension at any time during the accounting year.

Those who have put in specified number of days of work in different offices during each of the three years ending with the said accounting year.

Those who have put in at least specified number of days of work in each of two years preceding the accounting year but are short of this limit due to regularization in employment in the said accounting year.