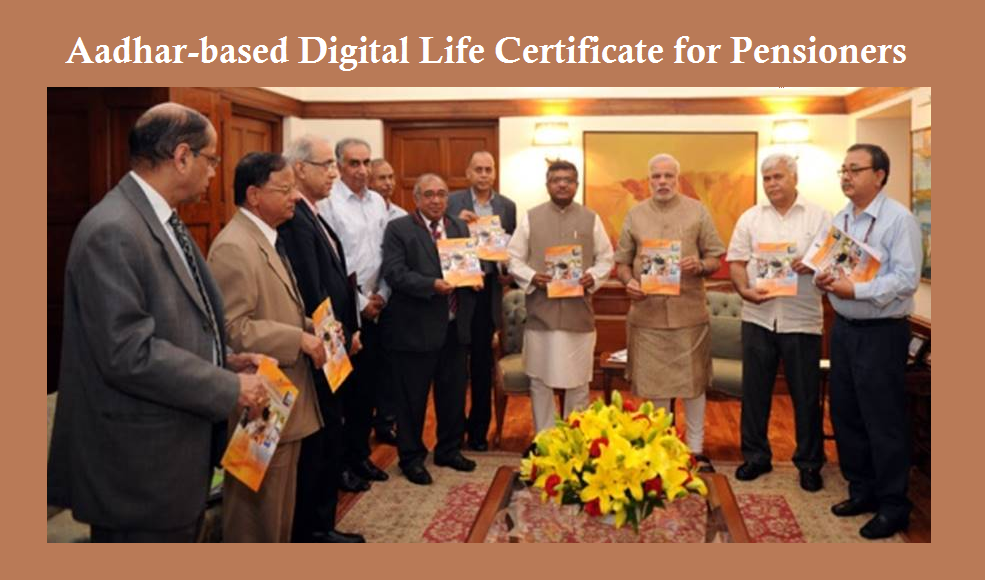 The Prime Minister, Shri Narendra Modi, today launched “Jeevan Pramaan” – an “Aadhar-based Digital Life Certificate” for pensioners, in a move that could eventually benefit over a crore pensioners. The Prime Minister said that after the push towards self-certification, this digital life certificate was another enabling mechanism which would benefit the common man.

The proposed digital certification will do away with the requirement of a pensioner having to submit a physical Life Certificate in November each year, in order to ensure continuity of pension being credited into his account. The Department of Electronics and IT has developed a software application which will enable the recording of the pensioner`s Aadhar number and biometric details from his mobile device or computer, by plugging in a biometric reading device. Key details of the pensioner, including date, time, and biometric information will be uploaded to a central database on real-time basis, ultimately enabling the Pension Disbursing Agency to access a Digital Life Certificate. This will conclusively establish that the pensioner was alive at the time of authentication.

The earlier requirement entailed that a pensioner either personally presents himself before the Pension Disbursing Agency, or submits a Life Certificate issued by authorities specified by the Central Pension Accounting Office (CPAO).

The software application system will be made available to pensioners and other stakeholders on a large scale at no extra cost. It can be operated on a personal computer or a smartphone, along with an inexpensive biometric reading device. This facility will also be made available at Common Service Centres being operated under the National e-Governance Plan, for the benefit of pensioners residing in remote and inaccessible areas.