The existing system of Pay Band and Grade Pay has been replaced with separate Pay Matrices for both Defence and Military Nursing Services personnel.

Note-2 After fixation of pay in the appropriate Level as specified in Note-1 above, the subsequent increments shall be at the immediate next Cell in that Level.

c) General recommendations on pay recommended by the Commission have been accepted with the following exceptions in Defence Pay Matrix, namely: 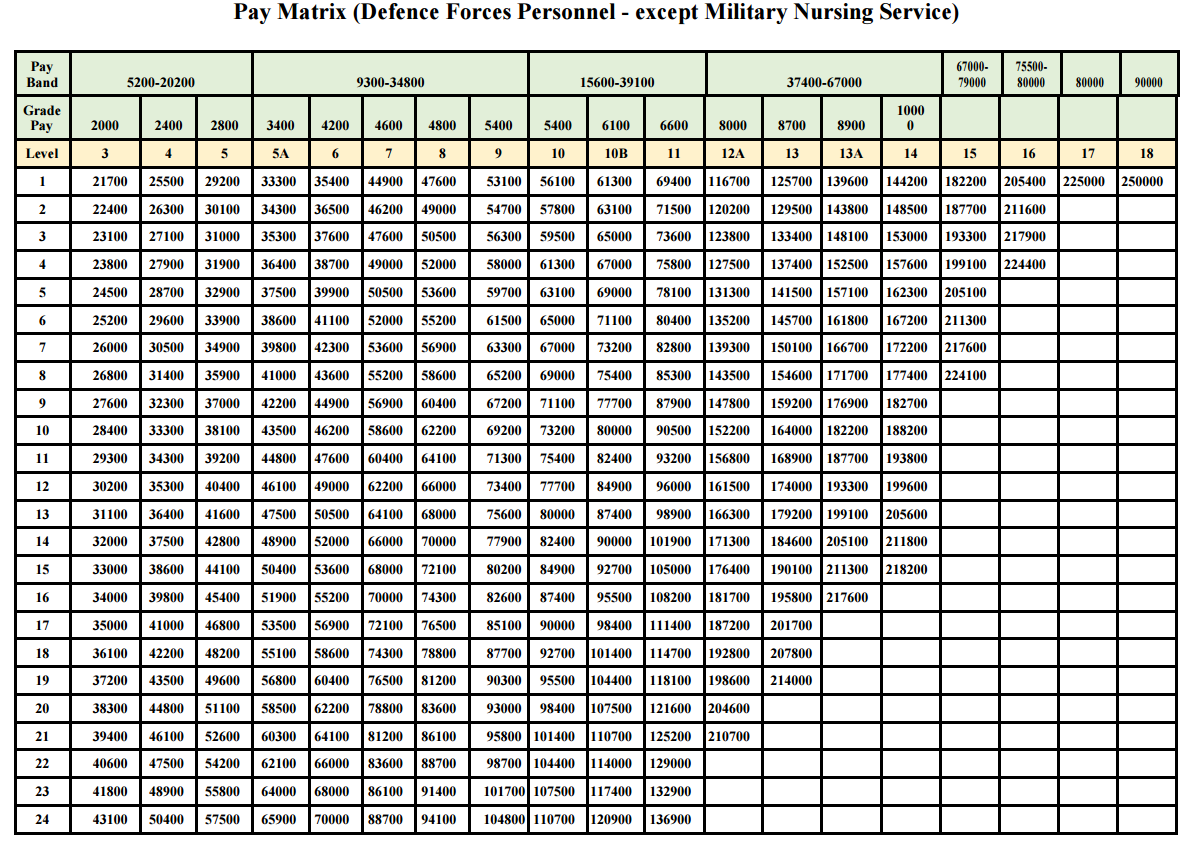