You are here: Home / Retirement / Dopt Minister replies in Parliament regarding Retirement age

Yesterday in Parliament, Dopt Minister Dr.Jitendra Singh said in written reply to question of increasing the retirement age of Central Government employees from 60 to 62 years.

He said, No, there is no proposal to increase the retirement age of Central Government employees from 60 to 62 years.

He also said there is no proposal to fill up the backlog vacancies of SCs, STs and OBCs with general category candidates and around 1.75 lakh employees retire from the central government every year. 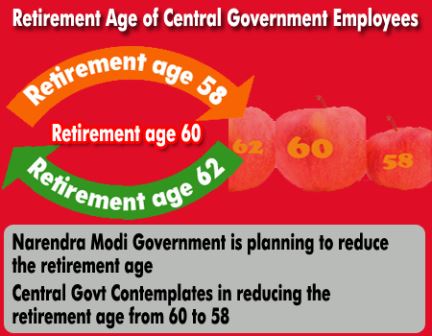