You are here: Home / Uncategorized / Expected DA Calculator from July 2018 for CG Employees and Pensioners 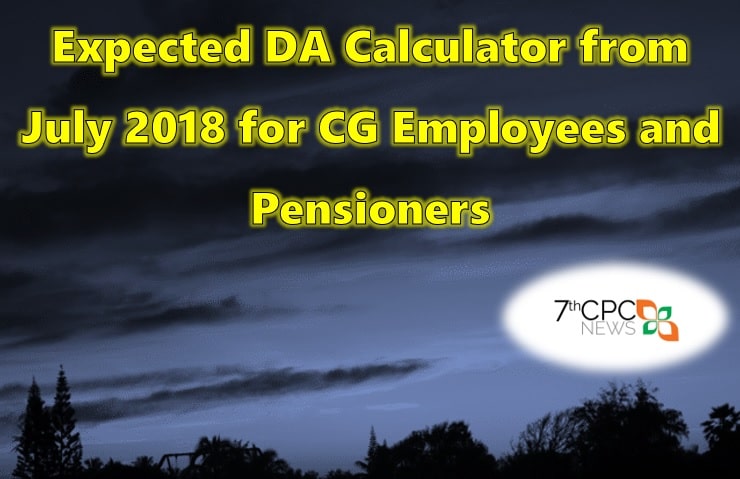 The DA percentage calculation of ‘Expected DA from July 2018’ has been over!

It is becoming very obvious these days that the Central Government employees and pensioners are fast losing interest in Dearness Allowance.

Dearness Allowance is given to the Central Government employees once every six months, in order to help them maintain their lifestyle against the rising prices. Fluctuations in the prices of 392 essential items are recorded regularly at 78 various locations and their data is tabulated once every month to calculate the All India Consumer Price Index Number(AICPIN), which is then released by the Centre. Dearness Allowance is thus calculated.

For ten years now, we have been calculating the Dearness Allowance in advance and releasing the numbers. This is why we are able to sense an acute loss of interest among the Central Government employees in recent times to know their next and expected Dearness Allowance.

The loss of interest among the employees probably has something to do with the fact that the increase in Dearness Allowance has only been marginal ever since the Seventh Pay Commission was implemented.

The centre claimed that it was because they have the prices under control.

So, what is the Dearness Allowance for the second term of 2018, July to December 2018, likely to be?
This time too, it is not expected to exceed 3 per cent.

Read our more exclusive articles and Calculators about DA & DR