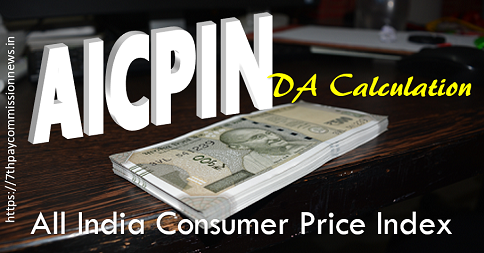 Calculation of Expected DA for Central Government Employees and Pensioners

The Consumer Price Index (IW) is the main element for calculating Dearness Allowance for Government employees and pensioners in India. The calculation method of Dearness allowance with AICPIN is given below an illustration…

Dearness allowance calculation is the most important factor for all Government employees in India.

Once in six months, the salary for the employees working under the Central Government will be increased by a certain percentage of basic pay due to the announcement of additional DA.

How to calculate DA in salary or basic pay?

Central Govt announced the DA percentage twice in a year. The current status of DA is 17%. This is the second installment of 2019, effect from 1st July 2019. The next installment will be announced for January 2020.

How the multiplication factor was arrived at 2.86? – 7th CPC Pay in the Pay Band

How to calculate DA for Bank Staff and Officers

Calculation of Dearness allowance for Central Government employees and Pensioners

How to calculate DA?
DA calculation is very simple. But, we need the CPI for six months for additional DA from January to June and July to December. [Click to calculate]