Estimated 7th CPC Pay Scale with a Touch of Fiction 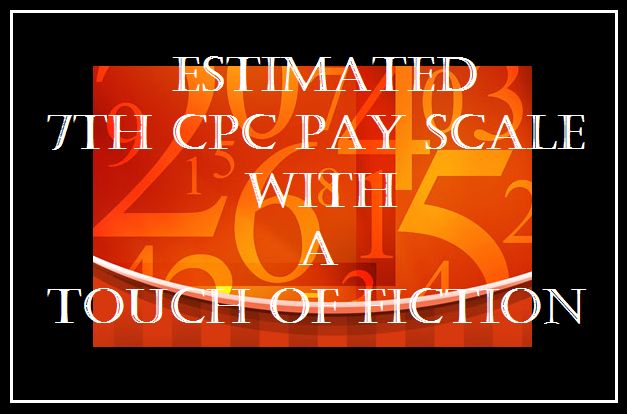 Everybody has the justify to let their imagination run wild before an official announcement is made..! Its impact differs based on the number of people who eagerly await the announcement.

The 7th Central Pay Commission, constituted by the Central Government, is busy formulating its recommendations for the new pay scale. Constant stream of information has confirmed that the 7th Pay Commission, chaired by Justice Ashok Kumar Mathur, is working at an astonishing pace.

After receiving memorandums from all the leading employee federations, the Commission is now touring the entire country in order to gather opinions. The tour began in June and continues till date.

The Commission is involved in visiting pre-determined cities and talking to the various Central Government employee associations and individuals in order to hear their opinion.

The Centre has given the Commission 18 months time to present its recommendations. The Commission was constituted on February 4, 2014, the Terms and Reference for the committee given on February 28. This means that the 18-month duration ends in August 2015.

Since nearly half the duration has ended, we can now expect some rapid action from the Commission in preparing the recommendations.

Meanwhile, in order to cater to the expectations of employees who are curious to know what the Commission has in store for them, many websites and blogs are competing with each other to give their own possible list of recommendations of revised pay scale and allowances.

Reactions from Central Government employees like shock, surprise, jubilation and disappointment are unavoidable.

Yet, not all estimates go completely wrong.