The Committee on Allowances was formed under the leadership of Ashok Lavasa in July 2016 to review the recommendations on allowances by the 7th CPC. The committee was initially given 4 months period to submit its report to Finance Ministry.

Later, citing the stagnation that resulted due to demonetization, the Finance Ministry extended the period for submitting the report to 22nd Feb 2017.

Replying to a question in the Parliament, Central Minister Arjun Ram Meghwal said, on March 10, that the Allowance Committee has not yet submitted its report and that the government will immediately announce its decisions on the report as soon as it is received. He added that the committee is in the last leg of preparing its reports and that it would be submitted to the government very soon. And again, the DoPT Minister said the same statement in the Lok Sabha on 22nd March 2017.

Previously, it was said that the government will announce its decision as soon as the assembly elections in the five states concluded. Also, announcements were expected in Arun Jaitley’s budget speech in the Parliament. BJP’s win in the elections is now believed to be the reason behind a dramatic change in the situation.

Decisions on allowances offered to the armed forces are of special significance.

More than 50 lakh employees are hoping that the Centre will implement the revised allowances from April 1 onwards.

List of All 196 Allowances Recommended by 7th Pay Commission 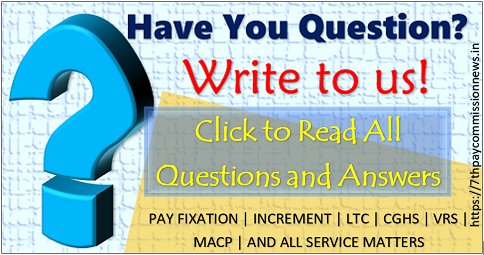