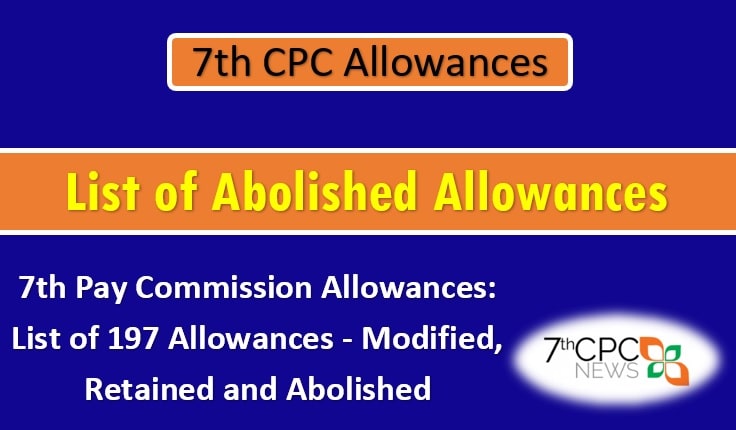 Allowances are providing for employees on welfare purpose only.

7th pay commission has recommended to abolish 52 allowances in its report.

Among the total of 197 allowances, 52 Allowances has been abolished by the Government as per the recommendations of 7th Central Pay Commission…

Allowances recommended to be Abolished by the 7th CPC. After Allowance Committee report, a comprehensive list of 53 abolished allowances indicating status in terms of whether demands have been received or not is as under:

7th Pay Commission Allowances: No demands received on these allowances: