You are here: Home / CRPF / Retirement age for all paramilitary personnel fixed at 60

Retirement age for all paramilitary personnel fixed at 60

The Central Government issued orders on Monday regarding the retirement age of all Paramilitary Forces Personnel including CRPF, BSF, ITBP and SSB will now retire at a uniform age of sixty years irrespective of their ranks.

Those above commandant rank in CRPF, BSF, ITBP and SSB were retiring at the age of 60.

“According to the order issued by the ministry of home affairs, the personnel of Central Reserve Police Force (CRPF), Border Security Force (BSF), Indo-Tibetan Border Police force (ITBP), Sashastra Seema Bal (SSB), Central Industrial Security Force (CISF) and Assam Rifles will superannuate at the age of 60, instead of 57 years for certain rank of officials.”

The order directed all the forces to “comply with the court order and amend provisions of rules.” 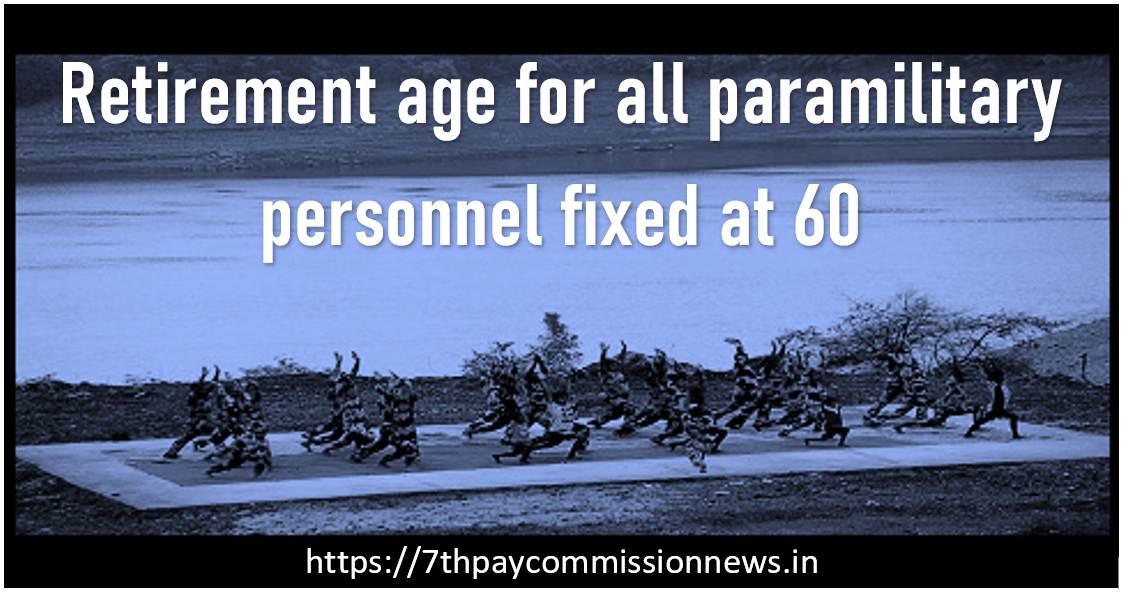