Rate of Dearness Allowance increased from 12% to 17% with effect from 1.7.2019 to all CPSE Employees

Following the approval of 5% additional Dearness Allowance to Central Government employees, the Department of Public Enterprises declared the same to its employees with effect from July 2019.

The revised rates of DA are applicable in the case of CDA employees whose pay has been revised with effect from July 2016 as per DPE’s Office Memorandum dated 17.8.2017. 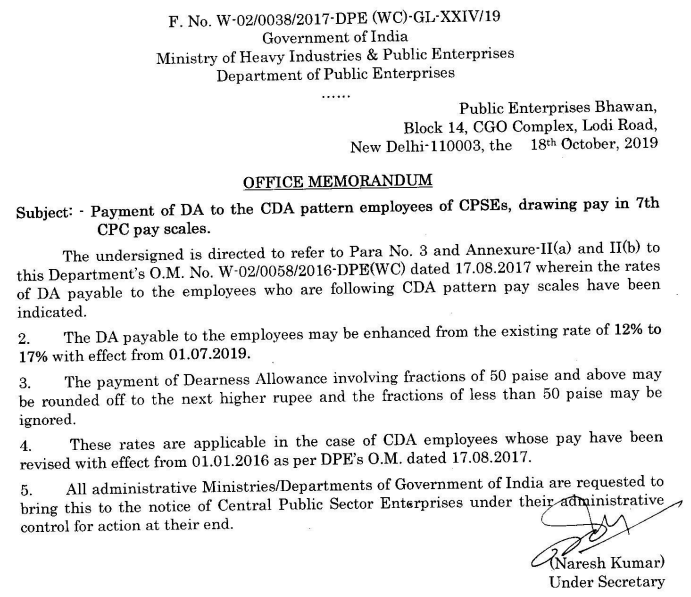