You are here: Home / 6th Pay Commission – Why was it special?

Why was it special? 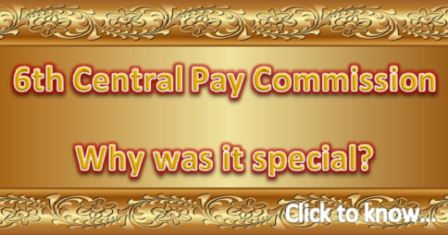 Six Pay Commissions were formulated by the Central Government until now. The 6th Pay Commission had some salient features that were never seen before. Let’s find out why this particular Pay Commission was so monumental.

“Weightage” was the most-frequently used terminology in all previous pay commissions. New employees wouldn’t be aware of this.

Weightage was all about calculating a certain percentage of the basic pay and adding it to the new basic pay (Basic Pay Weightage, Fitment Weightage or Fitment Benefit). This was the method prescribed by the five Pay Commissions before.

As well, those were the days when promotions were rare. For years, employees were getting meager amount as annual increment. Only disappointment remained because the employees felt as if their ten years’ progress was unfairly evaluated.

Since no significant changes were made in the calculation of DA in the 5th Pay Commission, for the entire ten years, percentage of Dearness Allowance had increased by only 74%.

The 6th Central Pay Commission was special because it was radically different from its predecessors.

Grade Pay was introduced, and, although there were MACP confusions due to the new Hierarchy system, since its pluses outnumbered its minuses, we feel that there is nothing wrong in recollecting the good points that the Commission had recommended.

This article will help the next generation employees understand why the 6th Pay Commission was so unique.

Multiplication Factor: This is considered by many as a transparent approach. [Click to read more about this]

Children’s Education Allowance: From a meager Rs.40 per month, it was raised to Rs.1000. This reflected genuine interest and concern about the future generation. [Click to read more about this]

3% Increment: The decision to calculate the annual increment at 3% of the current basic pay continues to be applauded even now. [Click to read more about this]

Transport Allowance: Although Convenience Allowance was clubbed with this, it was a good decision to have made the revision of transport allowance dependent on the dearness allowance.

Leave Travel Concession: Which was until then, given only for Class II travel, was elevated to AC- Tier III, and Tier II.

Child Care Leave: It was a blessing for female employees.

Finally, All Central Government Employees Unions and Federations played a very important role in the revolutionary changes and liberal recommendations that were being offered to the employees. Let us not forget that it was our unified voice and determination that made it all possible. 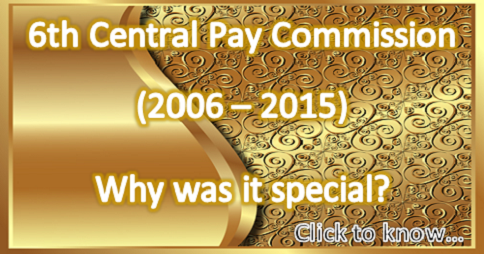