You are here: Home / 7th CPC Increment / Calculation of Annual Increment for Central Government employees as per 6th CPC

Calculation of annual increment for Central Government employees as per 6th Pay Commission? 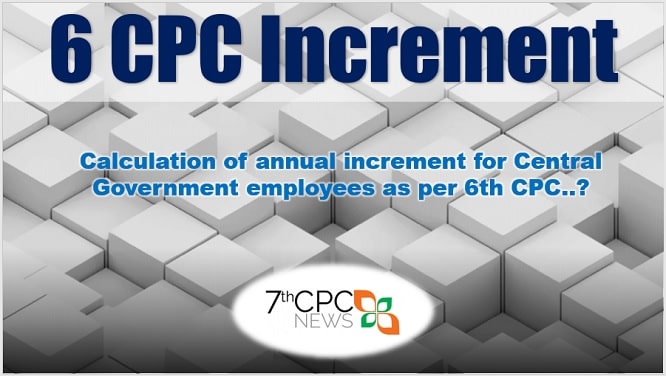 We explain with some illustrations…

The increment is an increase in pay for each year on a particular date. As per the 6th CPC the annual increment has been granted on 1st July of every year and the qualifying period for earning an increment is six months on 1st July. One increment is equal to 3% (three per cent) of the sum of the pay in the pay band and the grade pay will be computed and rounded off to the next multiple of ten.

And finally the increment amount will be added to the existing pay in the pay band.

His increment will be calculated as follows…