You are here: Home / Bonus / Ad-hoc Bonus Formula and Calculation 2020

The Central Government recently announced Non-Productivity Bonus (Ad-Hoc Bonus) for the employees working under the category of Group C and Non-Gazetted. 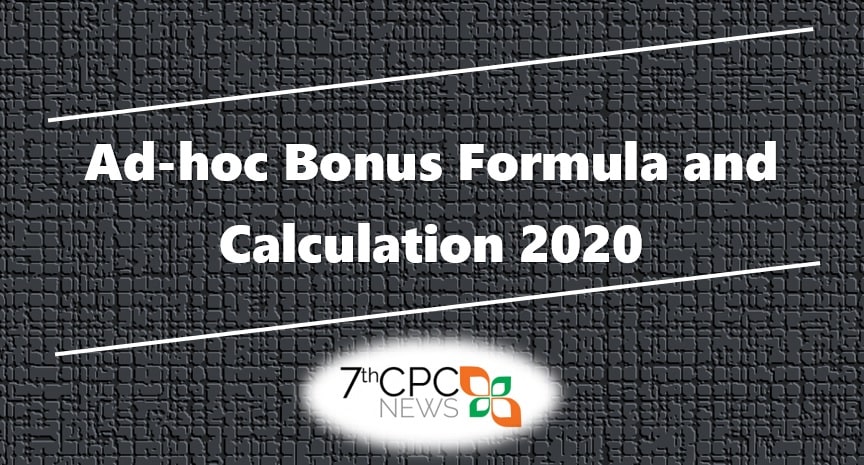 Only those employees who were in service as on 31.3.2020 and have rendered at least six months of continuous service during the year 2019-20 will be eligible for payment under these orders. Pro-rata payment will be admissible to the eligible employees for period of continuous service during the year from six months to a full year, the eligibility period being taken in terms of number of months of service (rounded off to the nearest number of months)

How to ad-hoc bonus for casual labour?