You are here: Home / Stepping Up / Inconsistency in Pay Consequent to implementation of 7th CPC recommendations to Railway HAG Level Officers 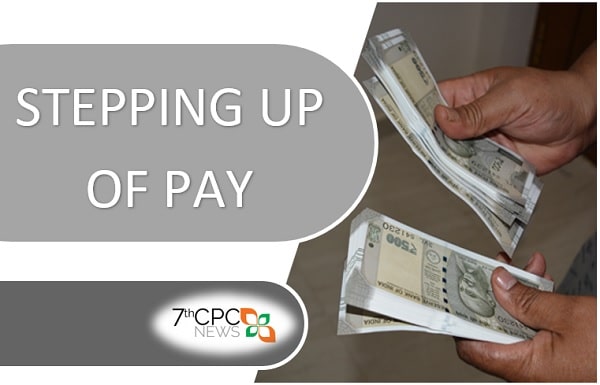 GOVERNMENT OF INDIA
MINISTRY OF RAILWAYS
(RAILWAY BOARD)

Please refer to Board’s letter mentioned above advising that the issue arisen post 7th CPC implementation i.e. junior officers drawing more pay than those of seniors stood referred to Ministry of Finance (MoF). With reference to the context, it is stated that MoF vide their OM No. 4-9/2017 IC/E.IIIA dated 10.07.2019 (Annexure-II) provided detailed reply in respect of various situations. Representation s received in Board ‘s office were examined in the light of MoF’s advice and separate replies were given to the respective Railway(s)/PU(s). However, queries on the subject matter are still are being made by certain Railways/officials. Therefore, in order to maintain uniformity across the Railways, clarification given by Ministry of Finance is enclosed as Annexure-II which inter-alia is tendering following advice:-

(i) Disparity in pay between officials belonging to different cadres (Inter-cadre) is not an anomaly.

(ii) Cases where the pay of senior and juniors officers belonging to same service (intra-service) failing at the same stage is not an anomaly.

(iii) Cases of Intra-cadre disparity may be examined under relevant provisions by the Administrative department under consultation with Department of Personnel & Training.

(iv) Ministry of Railways proposal seeking modification of Ministry of Finance’s OM dated 07.09.2016 to reduce the period for granting the stagnation increment from two years to one year has not been agreed to by Ministry of Finance with views that the same is not possible due to wide ramifications across all the cadres.

2. With respect to the issue (iii) above, it is further advised that statutory provisions regarding stepping up of pay in cases where a Railway Servant promoted to a higher post immediately before 1st day of January, 2016 draws less pay in the revised pay structure than his junior who is promoted to the higher post on or after 1st day of January, 2016 are already contained in Rule 7 (10) of RS(RP) Rules, 2016. As regards the cases arising after promotion s effected after switching over to 7th CPC pay structure the same may be examined under the relevant instructions relating stepping up of pay issued vide letter No. F(E)II/94/PAI/2 dated 07.12.1994 (RBE No. 108/94) (Annexure-III) and the latest instructions issued by Department of Personnel & Training vide their OM No. 4/3/2017-Estt. (Pay-I) dated 26.10.2018 (Annexure-IV).

3. Necessary action on the subject matter may be taken keeping in view of the position as mentioned above. Still, if any policy clarification is required on the issues not covered by above, detailed pay particulars of affected official(s) alongwith views of the Railway and Associate Finance of the concerned Railway may be sent to Board’s office for examination.

4. This issues with the approval of Competent Authority.