How, the battle is lost

One rank one pension denied

OPTION 1 recommended by 7th CPC for the revision of Pension/Family pension of pre-2016 Denied inspite of availability of service records of over 80% of old pensioners.

The alternative given vide OM dated 12.5.2017 though to some extent it will benefit a good % of old pensioners, it cannot make up the lifelong loss old pensioners will suffer due to denial of option 1. Ever since Honourable Supreme Court land mark judgement dated _______ in UOI vs D S Nakra. In the hide and seek game with UOI for 100% parity between present & past Civil Pensioners ‘Bharat Pensioners Samaj’ had this time secured Penalty Corner but the Babu in DOP & PW foiled the final hit.

Why only DOP& PW, our own people must share the blame! The war veterans whom we had been supporting for years in their struggle for one rank one pension were the first to oppose ‘Bharat Pensioners Samaj’ demand for 100% parity/one rank one pension through electronic media as well as through representations (backed by their serving HODs) to GOI pleading that they only are entitled to this benefit and not the Civil pensioners

The final blow was delivered in the 7th meeting of feasibility committee on 17.10.2016 when as mentioned in Para 4 of the official minutes vide No. 38/37/2016-P&PW(A) GOI Ministry of Personnel, P.G. and Pensions -DOP &PW dated the 31st October, 2016 (placed here under). JCM (staff side) agreed with govt’s alternative proposal.

What we will lose 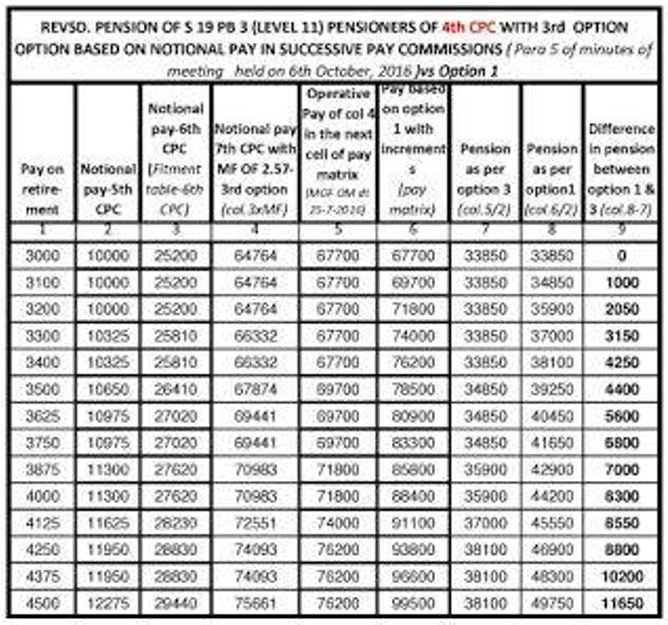