The All India Railwaymen’s Federation (AIRF) has written a detailed letter to Railway Board about the implementation of Aadhaar Enabled Bio metric Attendance System to Railway Employees.

“Section 8(2) of the Aadhaar Act, 2016 made it mandatory to obtain the consent of an individual before collecting his identity information for the purposes of authentication. In this connection, it is to be pointed out that, getting consent of the employee for Biometric Attendance, as per Aadhaar Act, 2016, is totally against the Act” 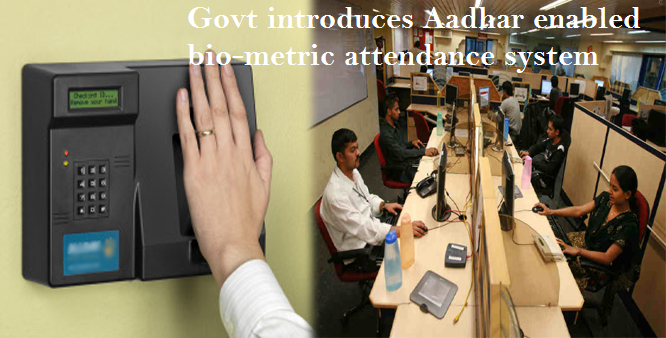 The content of the letter is reproduced here for your information…

Aadhaar-enabled Bio metric Attendance System(AEBAS) was introduced in the Railways vide Office Order No.08 of 2014 dated 01.12.2014 of the Railway Board.

“Classic example of leakage of Aadhaar linked data has been witnessed in the case of Shri R.S. Sharma(TRAI Chairman and Former Director General of UIDAI(Aadhaar) by the country, in whose case leakage of Aadhar Number made hackers to sneak into 14 services being used by him, that include his Bank Accounts, PAN details and other details, including his family members”.

Taking consent from the Railway Employees before usage of Biometric and Aadhar Number, as per Aadhaar Act, 2016, virtually means that, Railways will not take any responsibility if Aadhar or Biometrics of the Railway Employees are misused or in case of fraudulent transaction happens with Aadhaar linked Bank Accounts.

It is evident that, use of Bio metric Attendance System in the Railways, to authenticate an individual for attendance, as per Aadhaar Act, 2016, is totally unconstitutional and violates Aadhaar Act, 2016, against the judgement of Hon’ble Supreme Court and blatant attack on the privacy of the Railway Employees.

AIRF, therefore, is of the considered opinion that the above-mentioned issues be given thorough consideration and remedial action taken urgently.