Expected AICPIN for Nov 2014 – Will the AICPIN rise?

It looks as if there is scarcely any curiosity among Central Government employees to know about the next DA hike percentage.

With just about everybody trying to predict the percentage hike, the topic has lost its novelty. Moreover, with DA increase not amounting to anything much, the curiosity to know has also nosedived.

Consumer Price Indices (CPI) measure changes over time in general level of prices of goods and services that households acquire for the purpose of consumption.

CPI is widely used as a macroeconomic indicator of inflation, as a tool by governments and central banks for inflation targeting and for monitoring price stability, and as deflators in the national accounts. CPI is also used for indexing dearness allowance to employees for increase in prices.

There is huge change in CPI (General) and CFPI, have a look the comparison table is given below… 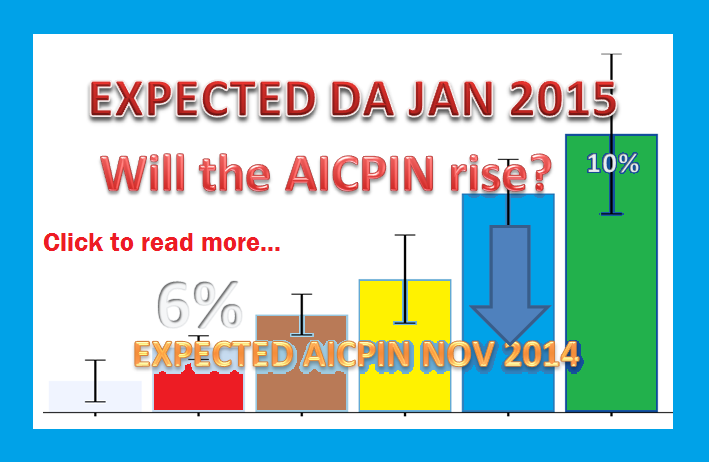 November’s AICPIN number will be announced next week. The index, which stood nailed to its spot for the past three months, is actually expected to fall this time.

Therefore, no matter which direction the AICPIN moves, the DA hike this time is not likely to go beyond 6%.