You are here: Home / 7th CPC Report on Industrial Employees working in Defence and Railways

Workshop Staff : Workshop Staff comprise artisans and personnel working in Ordnance Factories, Naval Dockyards, Base Repair Depot, etc. in Ministry of Defence, Railway Workshops, Loco Running Shed and Carriage and Wagon Depots in Ministry of Railways, in Central Government workshops, production units and in departmentally run establishments. Most of the workshop staff is employed under the Ministry of Railways and Ministry of Defence. They have sought upgrades for various levels as brought out below:
Analysis and Recommendations : The VI CPC had stated that the posts of skilled and highly skilled workers have an established relativity with the posts of LDCs and UDCs respectively and had recommended retention of this relativity. The next higher post of Master Craftsman was recommended to be placed in GP 2800. This corresponded with the V CPC pay scale of ₹4500-7000, which was the scale in which the post of Master Craftsman was in all workshops other than those in the Railways. The Railways had upgraded the post of Master Craftsman and placed it in the scale  of ₹5000-8000 even though its promotion post, that of Chargeman, was also in an identical scale.

Initially, recommendations of the VI CPC were implemented only in the Railways. However, subsequently the cadre structure prevailing in the Indian Railways was adopted in all workshops. As a result, now there is full parity among all workshop staff in the Central Government.

The Commission is of the view that this parity is in harmony with the required qualifications and job profiles. Hence, there does not appear to be any case for placing them at a higher scale. 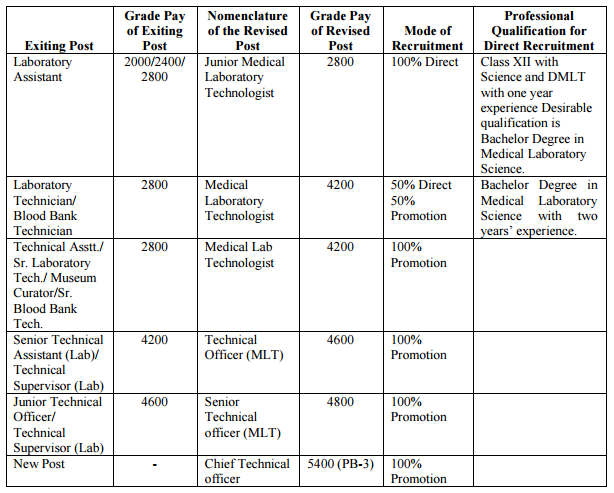 7th CPC Recommendations for all category of employees working in different Ministries, Departments Carrying forward of Earned Leave by Defence Industrial Employees on transfer Grant of accumulation and encashment of 300 days of earned leave for Defence and other Industrial employees 7th CPC recommended replacement pay for Physiotherapists of Railways and Defence Establishments 7th CPC Report – Demand for upgrade of Havildar and equivalent to GP 4200 7th Pay Commission Report on Storekeeping Staff working in all Ministries and Departments No Privatisation PPP or FDI in Railways and Defence Establishments