Where is the OROP heading 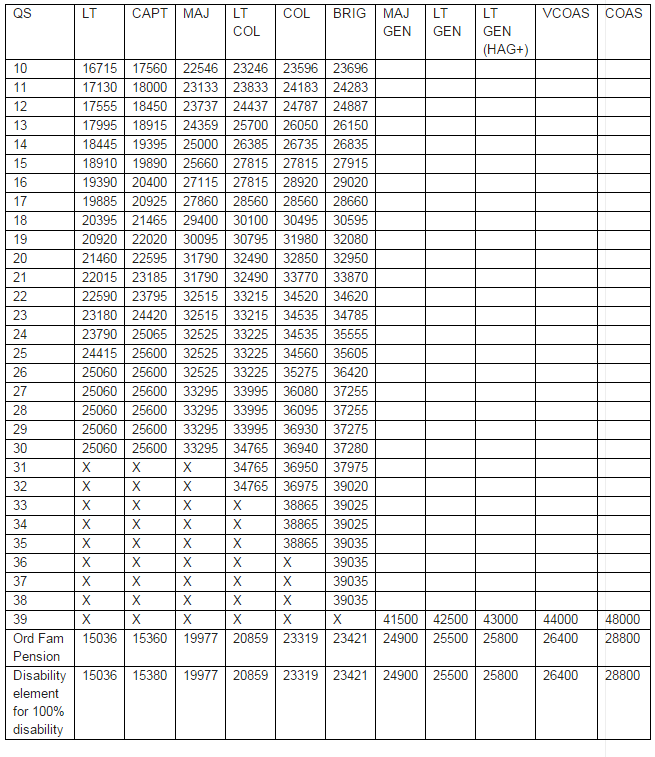 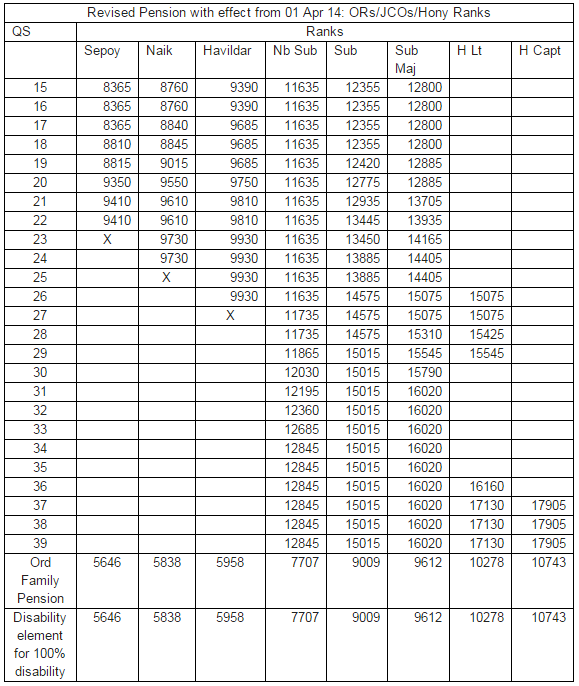 It is with considerable interest that I read the musings/op ed of Brig V Mahalingam (retd), a noted TV debater/expert and of Col Rajvardhan Singh Rathore (retd), MP and now Hon’ble MoS respectively on the OROP. I do not wish to comment nor am I qualified or knowledgeable enough to do so.

But their learned comments sparked off some questions.

1. What happens in the OROP of the pre-AVSC Majors and Lt Cols with 26 years of service? Would they want the pension of Lt Cols and Cols?

2. Has the equalisation of 3% been misunderstood to mean increment of 3% annually? Suppose two Lt Cols A born on 01 Jul and the second B on 02 Jul. A would retire on 30 Jun and B on 31 Jul. A would not get the increment that B gets. Now what happens if both had the same number of years of service on retirement? Shouldn’t their pensions be equalised? Wouldn’t it be acceptable as the financial effect may be 1 to 2 % of the total?

4. If service in the rank is to be the criteria for OROP, then wouldn’t we need different tables for each Service, each Arm/Service/Branch/Trade? As service records are destroyed after a certain number of years, who and how would this data be provided? Because not every one is provided with or keeps copies of Casualty Reports (and equivalents in the Navy and Air Force)! And how will the clerk in the Banks calculate pension at every subsequent change for at the moment he has tables (in Circular 500 and 501) and where the X axis (rank) intersects with the Y axis (years of service) is where he/she obtains the pension due amount!!!

5. A figure of Rs 14000 crores would probably arise if CGDA (or PCDA (P)) decided that maximum years of service in the X axis and Rank in Y axis in Circulars 500 and 501 multiplied by the number of Lt Cols Rs 26265), Cols (Rs 27795) and Havildars (Rs 9145) and equivalents (the largest strength)with 28years of service or more. Wouldn’t it be prudent to take some real data say over the past 3-5 years to determine the actual years of service, which would definitely be less than the highest amount taken for calculations.

6. There are an increasing number of cases where Brigs, Cols, even some Lt Cols & equivalents, drawing Pay in the pay band + Grade Pay + MSP higher than Vice Chiefs and Army Cdrs and equivalents. Is there a case of OROP for the Maj Gens, Lt Gens and Apex scale?

7. Do the following tables (in circulation elsewhere) meet the points above?Note:

1. Table has been made using real date available and best across three Services.

2. For Majors, pension has been fixed based on the pension of higher rank

3. For Lts and Capts, pension is based on VI CPC pay fixation.

4. MSP has been granted notionally to Major Generals and above to grant higher pension vis-à-vis Brigadiers.

6. For lower disability (less than 100%) the above figures will be reduced as applicable.

1. Table has been made using real data available and best across three Services.

3. Stepping up has also been done in cases where the pension in senior rank is lower than a junior rank for the same length of service.

Click the below link for more news about OROP…

ONE RANK ONE PENSION – UPDATED NEWS