You are here: Home / Retirement / No Decrease or Increase in Retirement Age – Centre clarifies

The Centre has clarified in the Parliament that there are no plans to reduce the retirement age for Central Government employees. The Minister Dr. Jitendra Singh had said this via a written reply to a query in Rajya Sabha yesterday. The Minister has already clarified that there are no plans to increase the retirement age to 62 in Rajya Sabha on 11th December 2014.

This puts to rest speculations that had been making the rounds for a number of weeks now.

To the question raised by Mr. Sardar Sukhdev Singh Dhindsa, Dr. T. Subbarami Reddy and Mrs. Ambika Soni, Minister Dr. Jitendra Singh said that as per the recommendations of the 5th Pay Commission in 1997, the retirement age of Central Government employees was raised from 58 to 60.

The Pay Commission has the power to recommend an increase or decrease in the retirement age for Central Government employees. Will the 7th Pay Commission make any recommendation in this regard?

One has to wait and watch. 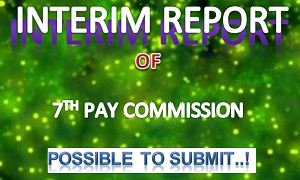 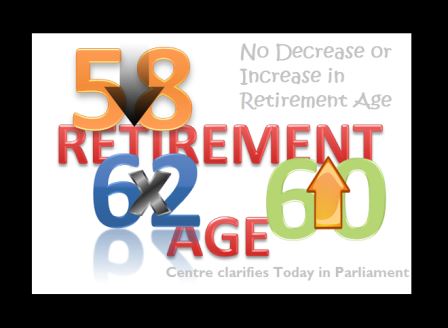