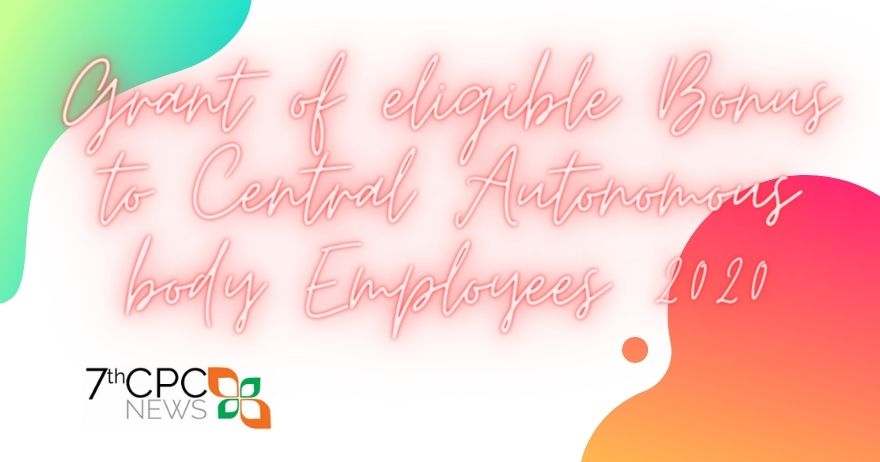 Unfortunately, they are denied Bonus from the year 2015 – 16 onwards. The reason stated is that Finance Ministry has issued instructions to all Ministries to stop Bonus to Autonomous body employees as they are not Central Government Employees. The reason stated for denial of Bonus by Finance Ministry is quite technical. In fact the Autonomous body employees are granted all the benefits of Central Government Employees including Bonus. Sudden stoppage and denying the benefit of Bonus, which the employees got all these years, does not appear to be proper and justified.

In the above circumstances, I most humbly request the Hon’ble Finance Minister’s personal intervention in this case, so that instructions will be issued to all Ministries to restore Bonus to Autonomous body Employees with immediate effect. Action may also be taken to grant arrears of eligible Bonus from 2015 -16 onwards.