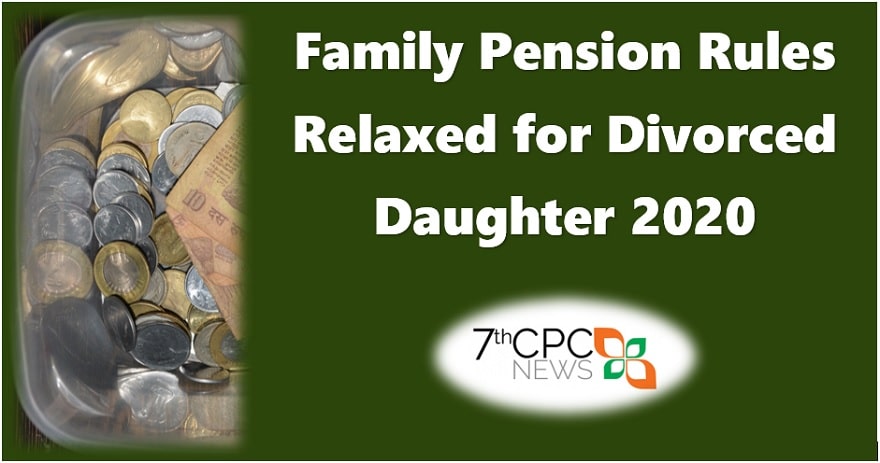 Disclosing this while briefing the media about some of the important reforms brought in by the Department of Pension and Pensioners’ Welfare, Union Minister of State (Independent Charge) Development of North Eastern Region (DoNER), MoS PMO, Personnel, Public Grievances, Pensions, Atomic Energy and Space, Dr Jitendra Singh said that the earlier Rule provided for payment of Family Pension to a divorced daughter only if the divorce had taken place during the lifetime of deceased parent pensioner or his spouse. The new circular will not only bring ease in the life of pension receiving individuals but also ensure respectable and equitable rights for the divorced daughters in the society.

Orders have also been issued for grant of Family Pension to a Divyang child or sibling even if the Disability Certificate is produced after the death of the pensioner parent but the disability had occurred before the death of the parents. Similarly, to bring ease of living for the Divyang pensioners, Dr Jitendra Singh said, the Attendant Allowance for the helper has been increased from Rs. 4,500 per month to Rs..6,700 per month.

Dr Jitendra Singh said, one of the most noteworthy initiatives taken by the Pension Department is with regard to the Digital Life Certificate. Keeping in view the difficulty faced by the senior citizens who have gone and settled abroad with their children after retirement, he said, circular has been brought out on Consolidated Instructions on Life Certificate and commencement of Family Pension for those living abroad vide which the concerned Bank Branch abroad and the Indian Embassy/ Consulate/High Commission have been instructed to provide Life Certificate and commencement of Family Pension there itself.

At the same time, Dr Jitendra Singh said, all Pension Disbursing Banks have been instructed to provide doorstep Life Certificate to those pensioners who are unable to visit the bank.