While reviewing the work of Employees Provident Fund Organisation during September 2013, it has been observed that the Organisation settled 7,96,759 claims in its 123 offices located throughout the country compared to 7,49,639 claims settled during September 2012. More than 50 % of the offices settled more than 80% of the claims within 10 days of receipt. Offices such as Ujjain, Gwalior, Udaipur, Jabalpur, Agra and Laxmi Nagar among many others are settling 80% of the claims within 3 days. The review meeting was taken by Shri K. K. Jalan, CPFC recently.

In addition to the above, the Organisation responded to 16,586 grievances in the month of September. As a result, the number of total grievances has come to around 6,000. The earlier number was more than 25,000. It is also relevant that 101 of the 123 offices have no grievance pending for more than a month.

Rs. 6,018 crores was received during the month under remittances compared to Rs. 5,961 crores in the previous month of August. A total of 4.55 crore accounts were updated till the month of September. In order to bring about an improvement in the services, a plan for comprehensive review of the functioning of the field offices by the Central Provident Fund Commissioner has been set into motion. In this connection, new targets have been fixed by the Central P.F Commissioner. They include, a long term target of settling all claims in 3 days, per capita productivity of 15 claims per day, resolution of grievances registered in the grievance portal, EPFiGMS within 10 days, liquidation of 80% annual accounts by October,2013 and 100% by December,2013.

In order to provide safe, secure and speedy disbursement of pension, Core Banking Solution (CBS) has been made use of. Almost, 84% of the 45 lakhs pensioners are being disbursed pension monthly using CBS.

During the meeting Central P.F Commissioner reviewed the working of Compliance division and stressed the need for ensuring compliance in respect of contract employees. Noting with concern the fact that recovery of outstanding dues has to be accorded top priority, instructions have been issued to the Regional P.F Commissioners in the field offices to draw up an action plan for liquidating the same. As substantial amounts are locked up due to winding up of establishments and resultant court cases, directions have been issued to follow up with Official Liquidators. Also, instructions have been issued to verify the compliance position of manpower engaged through contractors in various ministries and departments. In an important move, it has also been decided to verify the coverage of autonomous bodies functioning under the Central and State Governments with a view to ensure that the benefits of the Act and schemes are extended to all the eligible beneficiaries.

As a part of the ongoing overhauling of the grievance redressal machinery, EPFO offices have begun directly talking to the aggrieved subscribers over telephone. From the Head Office alone, close to 1000 subscribers were contacted telephonically for redressing their grievances especially with respect to grievances which were registered directly at Central P.F Commissioner’s desk. This has improved the work culture of the Organisation.

Giving importance to the issue of keeping the office premises clean and streamlining the office functioning, 100000 kilos of old records have been weeded out.

The training academy of the Organisation, namely, NATRSS which is National Academy for Training and Research in Social Security is thinking of collaborating with International Labour Organisation. Moves are afoot to get NATRSS recognised as a ‘Centre for Excellence’ by the ILO and thereby enabling training programs of ILO to be held in NATRSS. 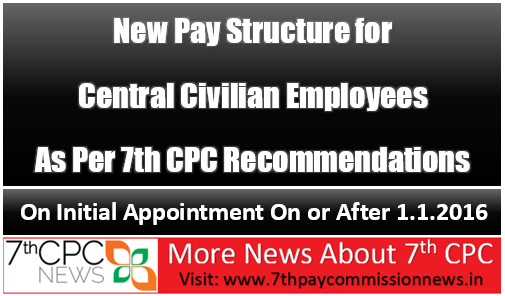