MINISTRY OF FINANCE
(Department of Revenue)
(CENTRAL BOARD OF DIRECT TAXES) 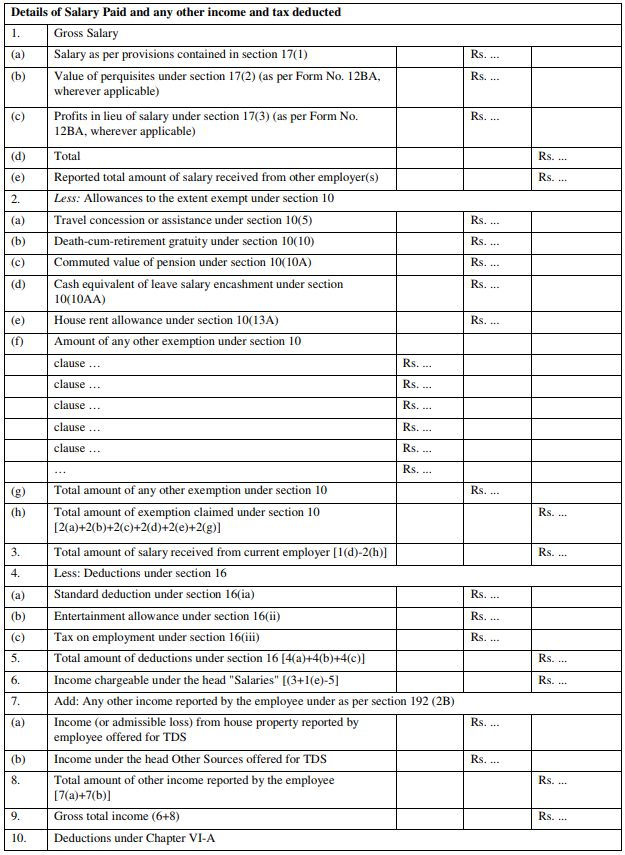 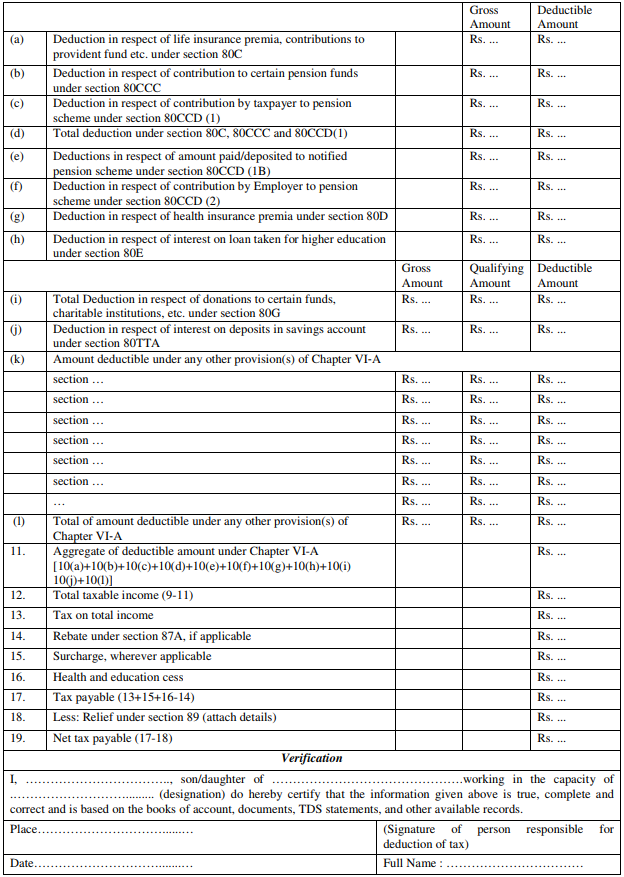 2. Non-Government deductors to fill information in item II of Part A.

3. The deductor shall furnish the address of the Commissioner of Income-tax (TDS) having jurisdiction as regards TDS statements of the assessee.

6. In Part A, in items I and II, in the column for tax deposited in respect of deductee, furnish total amount of tax, surcharge and health and education cess.

7. Deductor shall duly fill details, where available, in item numbers 2(f) and 10(k) before furnishing of Part B (Annexure) to the employee.”;

(B) in Form No. 24Q, for “Annexure II”, the following “Annexure” shall be substituted, namely:– 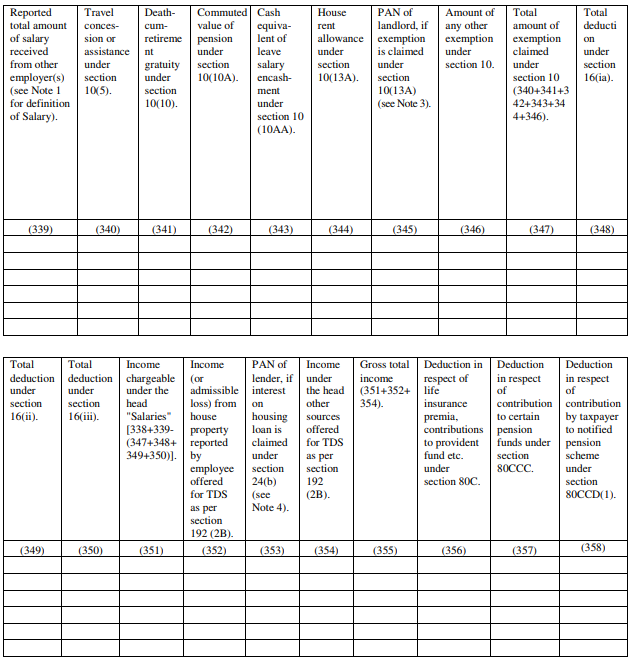 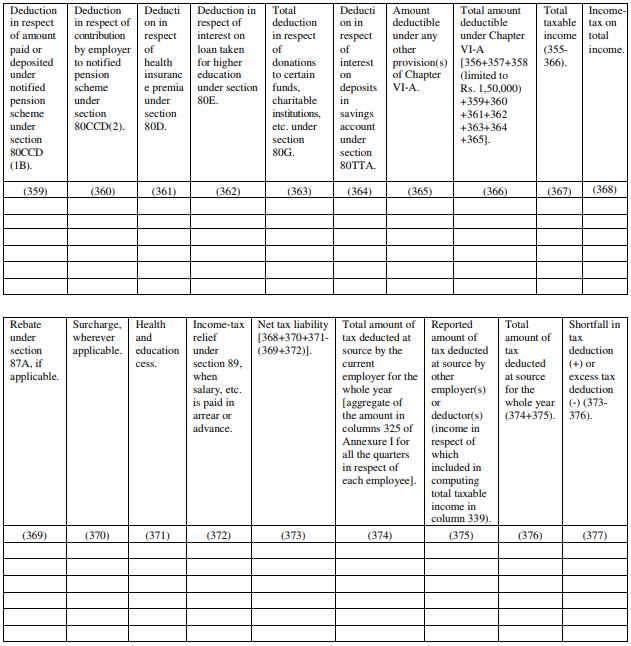 2. Where an employer deducts from the emoluments paid to an employee or pays on his behalf any contributions of that employee to any approved superannuation fund, all such deductions or payments should be included in the statement.

3. Permanent Account Number of landlord shall be mandatorily furnished where the aggregate rent paid during the previous year exceeds one lakh rupees.

4. Permanent Account Number of lender shall be mandatorily furnished where the housing loan, on which interest is paid, is taken from a person other than a Financial Institution or the Employer.”.