You are here: Home / CBDT Orders / Adherence of delegated Financial Powers and Time-lines by Head of Departments (HoDs)

2. As per the said OM, the financial powers upto Rs.60/90 lakhs per annum have been delegated to the Head of Departments of CBDT for ‘Outsourcing of Services” and all HoDs have to follow above OMs. However, several instances have come to the notice of CBDT wherein it has been noted that these OMs are not being followed and HODs are sanctioning expenditure on outsourcing of services beyond their delegated financial powers either by way of entering into fresh contracts or by extending the existing contracts. Subsequently when the ZAOs refuse to clear the bills for want of sanction of the competent authority, proposals are sent to the DIT(Infra) for seeking ex-post facto approval of the competent authority.

Further, in matter of sanctioning of works also, it has come to notice of CBDT that many times field authorities alter/add to the scope of originally sanctioned works beyond their delegated financial powers without prior approval of the competent authority. This has, at times, led to litigation between the contractor and the Department due to delayed payments for want of sanction of the competent authority resulting in levy of interest and cost by the courts.

Therefore, it is hereby reiterated that field authorities Should not sanction expenditure pertaining to ‘Outsourcing of Services” or should not sanction works or add to the sanctioned works beyond their delegated financial powers without taking prior approval of the competent authority.

3. Moreover, it has been observed that proposals seeking ex-post facto approval of the competent authority in cases of renewal/revision of rent agreements, execution of works and outsourcing of services are being sent to this Directorate in a routine manner without any detailed reasons and valid justification for the delay in submitting such proposals. Such ex-post facto approval cases are viewed very adversely by the higher authorities and the IFU.

4. Therefore, I am directed to hereby reiterate that field authorities should not award contracts for outsourcing of services or sanction works beyond the delegated financial powers and also submit the proposals well in time.

5. This is issued with the prior approval of Pr. DGIT(Admin. & TPS). 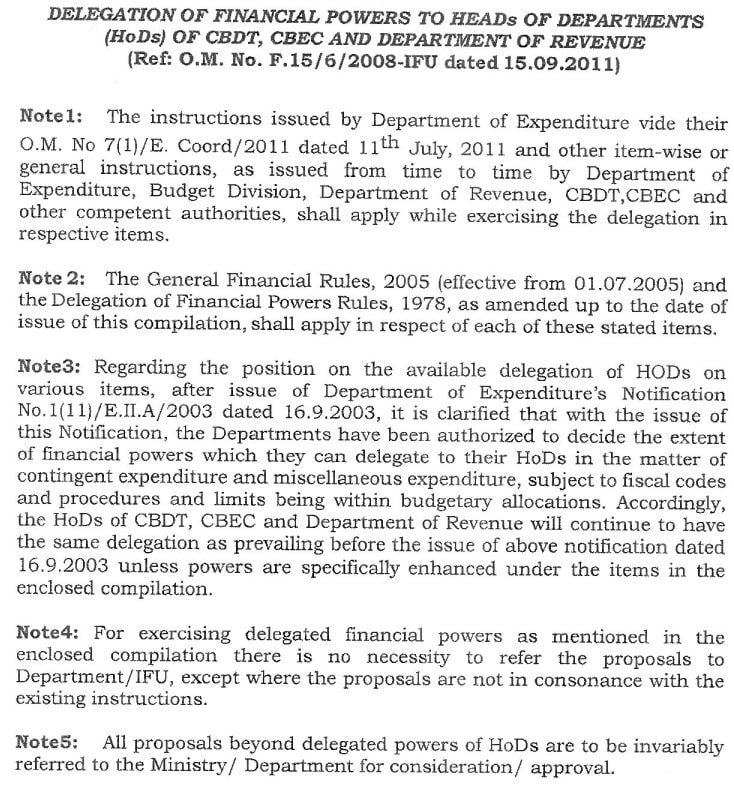