You are here: Home / Bonus / Bonus Issue – Report on detailed discussions and conclusions of 46th ILC 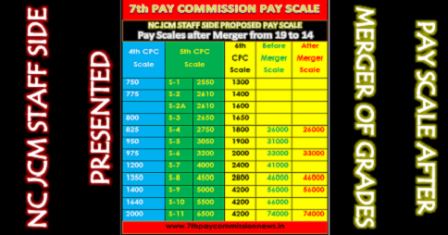 Removal of Conditions on payment Ceiling eligibility Limits, Decisions to pay Minimum Bonus without linking to loss when the performance indicator satisfy grant of bonus- The major conclusions emanating from the discussions in the committee are as follows:

The Conference committee on amendment of Bonus Act – Removal of Conditions on Payment Ceiling, Eligibility Limits. Decisions to pay Minimum Bonus without linking to loss when the performance indicator satisfy grant of bonus constituted to discuss the Agenda item No. 3 of 46th session of the Indian Labour Conference met under the chairmanship of Captain Abhimanyu, Minister of Labour, Govt. of Haryana. Shri Om Prakash Mittal, General Secretary, Laghu Udyog Bharti (LUB) and Ms. Meenakshi Gupta and Mr. B.B. Mallick, Joint Secretary, MoLE respectively were the Vice-Cheirman and Member Secretary of the Committee. The Committee had the representation of all the stake-holders (Workers’ Group, Employers’ Group and State Government).

2. At the very outset, the chairman of the committee welcomed all the representatives. He observed that the issue of bonus has been pending for long.

He expressed the hope that all the partners would understand and appreciate the position of each other and give recommendations keeping in the view the larger national interest. The Vice-Chairman also welcomed all the Members. Thereafter, the Member Secretary introduced the subject. The agenda has following 3 issues:-
(i) Removal of calculation ceiling;
(ii) Removal of Eligibility Limit; and
(iii) Decisions to pay Minimum Bonus without Linking to loss when the performance indicator satisfy grant of bonus.

4. The committee had very intense detailed discussions on all the aspects of the Agenda Item no. 3.

(i) The Trade Unions were of the view that all the ceilings under the payment of Bonus Act. 1965 i.e. eligibility ceiling, calculation ceiling and maximum percent of bonus payable need to be removed. They further expressed that they would like to reiterate the stand taken by them in the tripartite meeting held on 20 October, 2014.

(ii) The Employers, representatives were of the view that total removal of various ceilings may lead to spurt in industrial relation issues. They observed that while making any change in the payment of Bonus Act, 1965 productivity of the workers and paying capacity of the employers have to be taken into account. They further observed that they are not in favour of indexation of cost of living for the purpose of ceiling and bonus calculation. The term ‘Employee’ should be substituted by the term ‘workman’ as defined under the industrial disputes Act. The present system of prescribing limits both for eligibility and calculation should be retained.

(iii) The State Government representatives were of the view that minimum, limit of bonus (8.33%) may continue. Regarding limits with regard to calculation and payment ceiling it was stated that they had no comments to offer. They further observed that distinction between statutory bonus and productivity linked bonus is quite relevant in this regard.

(iv) The State Government representatives also suggested that the central Government may consider notifying the limits for eligibility of bonus and calculation of bonus through and administrative process based on tripartite mechanism rather then legislative process every time. Appropriate amendment to the payment of Bonus Act, 1965 may have to be carried out accordingly.

Labour laws Amendments proposed/ done by central or State Governments Conclusions of the committee are as follows:-

1. The committee reiterates historical role of tripartite mechanism functioning in the country before any enactment/ amendment of labour laws.

2. Any labour law amendments/ enactment should take into account three purpose namely:
(i) justifys and welfare of workers;
(ii) Sustainability of enterprises and job creation; and
(iii) Industrial peace.

3. The labour laws need to be relooked and updated in a time bound manner.

Recommendations of committee on “Employment and Employment Generation” of 46 the Indian Labour conference (ILC) are as follows:-

1. The committee noted that the recommendations of 43rd to 45th ILC on Employment & Employability need to be fully implemented.
2. Recognising the employment potential in micro and small industry, especially in rural areas, an effective single-window system be established to promoted agro-based and micro & small industries with facility like concessional finance etc. A system for centralized marketing of products manufactured by these industries can also be developed.
3. Enhance the outlays and threshold for public employment generation programmes in both rural and urban areas.
4. Fill up vacant posts in Central Government, State Governments and Public Sector Undertakings in a time bound manner.
5. Reiterate the necessity for publishing quarterly employment and unemployment data.
6. With Central and State Government moving to on-line systems for employment exchanges there is a need for capacity building of Employment Exchanges officers for their revised roles under National Career Service (NCS). Need for integration of Central and State IT initiatives to avoid duplication.
7. Utilization of idle capacity in Vocational and Educational Institutions and closed/ sick industry for demand responsive training.
8. Enhance and expand areas for Recognition of Prior Learning (RPL) with effective assessment.
9. Enhance number and improve quality of assessors for vocational training and consider including ITI faculty for assessments.
10. To identify labour-intensive industries and new areas where jobs can be created like renewable energy and reusable resources etc. and providing employment liked training.
11. Evolve strategies for increasing female workforce participation in both public and private employment.

Bonus 2015 – Removal of Eligibility and Calculation Ceiling ; NFIR writes to PM Bonus 2015 : INDWF writes to PM on Productivity Linked Bonus Central Government is considering to increase the eligibility limit of bonus from 10000 to 21000 Bonus Arrears to be Paid on Account of Increase in Calculation Ceiling with Effect from April 2014 Changes in the Payment of Bonus Act will benefit thousands of CG employees AIRF has demanded Payment of Arrear of Productivity Linked Bonus paid to Railwaymen Bonus Ceiling, eligibility limits and minimum bonus without linking to loss – Agenda for 46th Session of Indian Labour Conference NFPE requests to issue Bonus before Durga Puja Bonus calculation ceiling revised from April 2014 – Arrears of bonus likely!