You are here: Home / Bonus / Bonus for this year is yet to be declared by the Government!

The Bonus is normally declared in the first half of October every year, but the bonus for this year is yet to be declared by the Government! 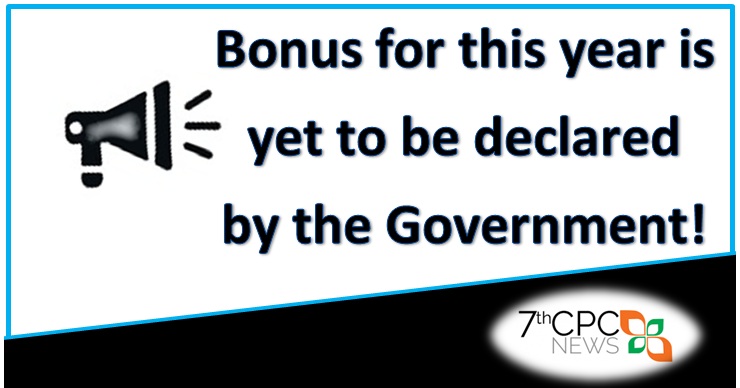 The Special cash package equitant in lieu of Leave Travel concession is nothing but extraction of money of Central Govt. Employees by way of spending three times more the amount to be sanctioned by Government under the package. That means to get 1/3rd amount, the employee has to spent 2/3rd amount from his pocket, that too for compulsory purchase of goods and services with a GST of minimum 12% or above.

As per the existing orders of the Central Government on Leave Travel concession, employees are already eligible for LTC fare of eligible class and Leave encashment of ten days. Instead of imposing stringent conditions like spending three times more amount for getting eligible amount, Government should have extended the LTC facility for the current block year 2018 – 21 for one or two years, taking into consideration the Covid -19 pandemic situation. Confederation of Central Govt. Employees and Workers strongly protest the imposition of harsh conditions on employees for availing the special cash package in lieu of LTC.