One of the most expected statistics amongst Central Govt employees and Pensioners for the purpose of additional Dearness Allowance calculation has been released by Labour Bureau today on its official portal.

The index of CPI-IW for the month of January 2015 is increased by one point and stands at 254. After a long time, the index is moved from the existing point of 253.

All India Consumer Price Index for the month of Jan 2015 is used for the first step of additional dearness allowance calculation which will be effect from July 2015 to all Central Govt employees and Pensioners. 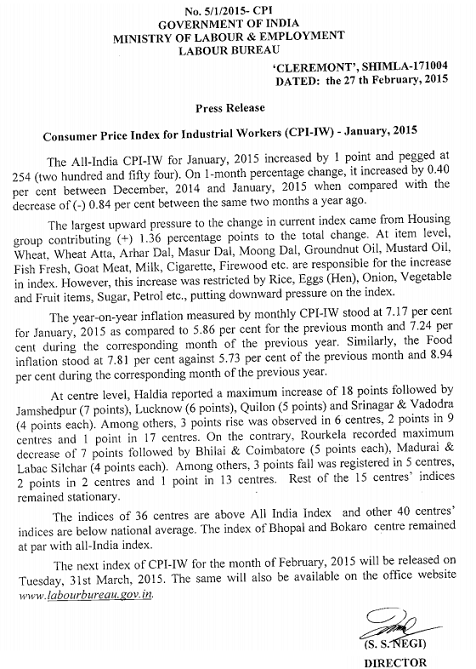