As per the advance release calendar published by the Labour Bureau, All India Consumer Price Index (AICPI) for the month of December 2019 will be released on 31 January 2020.

The press release has been published Labour Bureau on 31st Dec 2020 and the index is increased by 2 points and stands at  330. 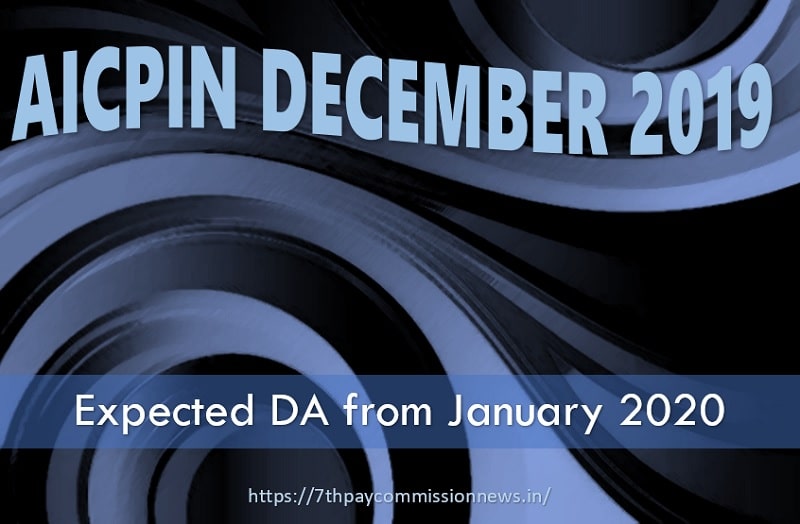 The index for the month of Dec 2019 is last month data for the calculation of additional Dearness Allowance (DA) for Central Government employees, pensioners and family pensioners from January 2020.

In 2019, both segments of Dearness Allowance are already over. The percentage of two additional installments of DA is given below:

Now the new additional DA calculation of the first segment from Jan to Jun 2020 is nearing completion.

The All-India CPI-IW for December, 2019 increased by 2 points and pegged at 330 (three hundred and thirty). On 1-month percentage change, it increased by (+) 0.61 per cent between November and December 2019 when compared with the increase of (-) 0.33 per cent for the corresponding months of last year.

The indices of 34 centres are above All-India Index and 44 centres indices are below national average.

The next issue of CPI-IW for the month of January 2020 will be released on Friday 28th February, 2020. The same will also be available on the office website www.labourbureaunew.gov.in.