The list of cancelled trains has been published due to fire on RRI at Itarsi station, Central Railways still needs some time to rectify the huge damge. The cancellatin of Trains on 14th July (Tuesday), 15th July (Wednesday) and 16th July (Thursday) are given in the respective table with the details of Train Number, Running between the stations, Frequency and Time.

Due to continued repair work at Itarsi Jn (RRI) in Bhopal DIV/WCR/ No. of trains are Diverted/Cancelled/Short terminated by Railways. In case of train cancellation, online cancellation of e-ticket is required within 72 hrs of scheduled departure of boarding station. Pls check train running status before commencing your journey Pl Check Status at NTES or 139.

Passengers are requested to check your train status once again with the Railways via Natoinal Enquiry Phone 139 or official website of Indian Railways. 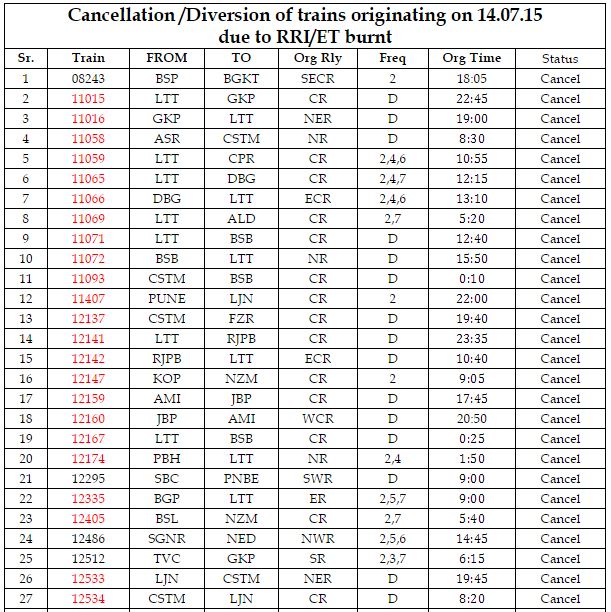 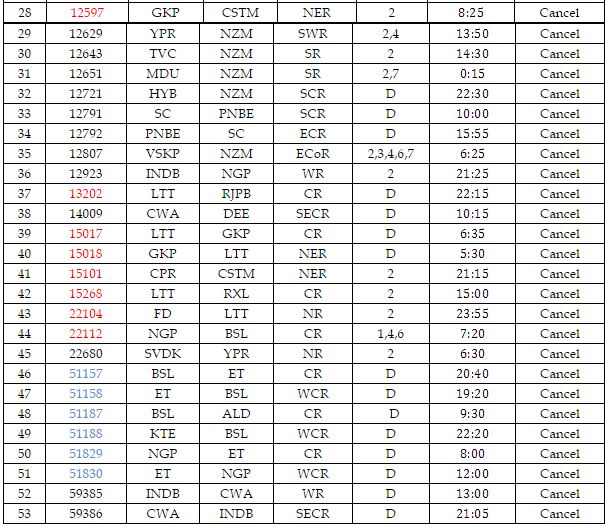 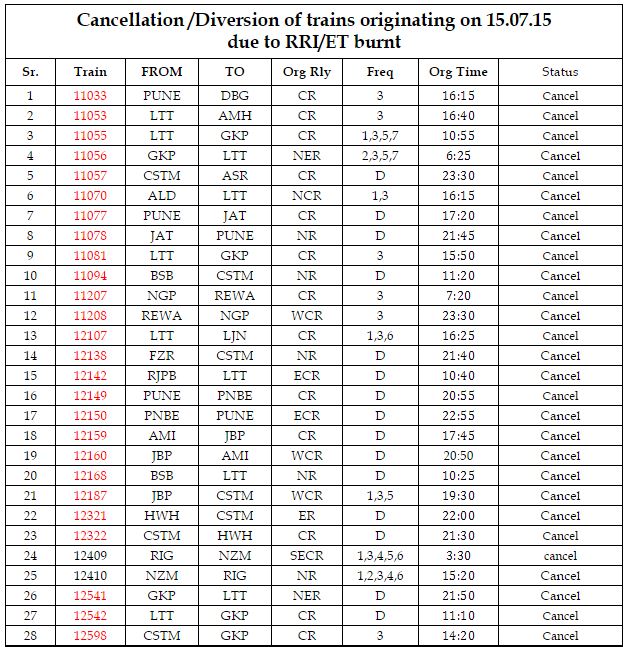 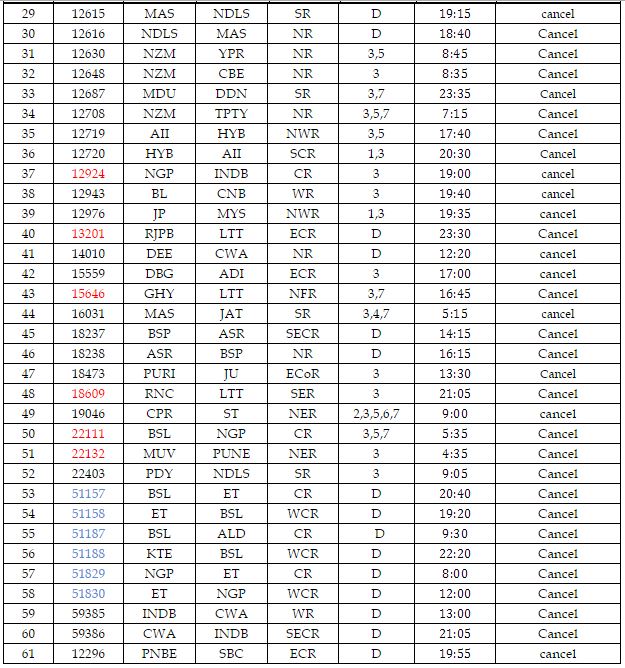 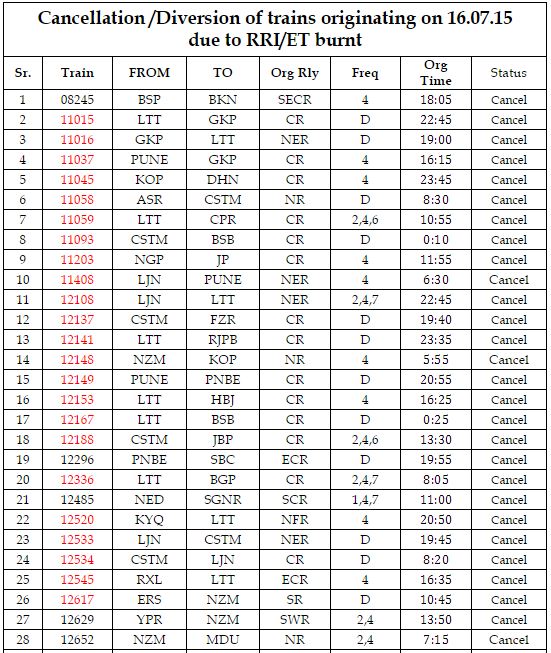 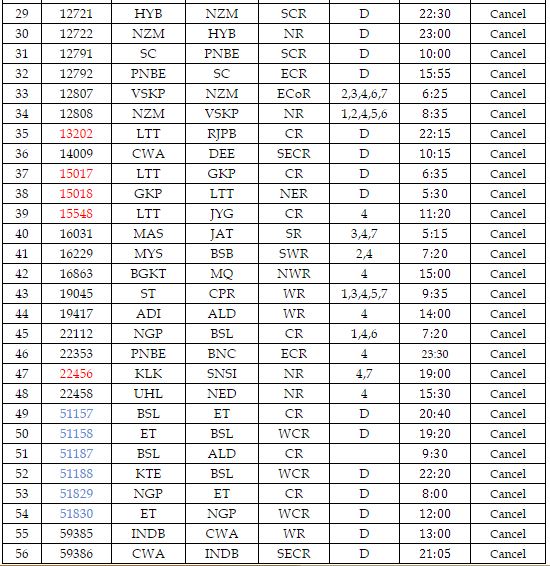