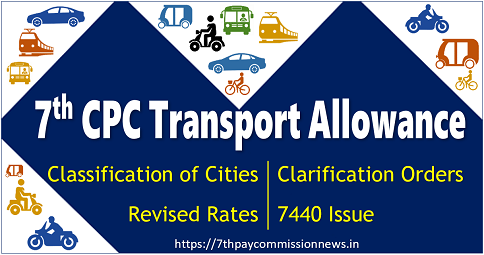 Officers in Pay Level 14 and higher, who are entitled to the use of official car, will ave the option to avail themselves of the existing facility or to draw the TPTA at the rate of Rs.15,750 plus Dearness Allowance (DA) per month.

TA on During Leave: The allowance will not be admissible for the calendar month(s) wholly covered by leave.

TA on during Duty: During training treated as duty. The allowance may be granted during such training, if no Transport Facility/ Traveling Allowance /Daily Allowance is provided for attending the training institute. During Official tour in him training course, the allowance will not be admissible when the period of the tour covers the whole calendar month. Also, during training abroad, no Transport will be admissible when the period of such training covers the whole calendar month.

TA on During Inspection: During inspection/survey duty by Members of Special Parties within the city but exceeding 8 kms. From the Headquarters or during continuous field duty either in or outside the Headquarters: Transport Allowance is given to compensate for the expenditure incurred for commuting for both to and fro between the place of duty and residence. In case when one gets Road Mileage/Daily Allowance or free transportation for field/inspection/survey duty or tour for a period covering the whole calendar month, he/she will not be entitled to Transport Allowance during that calendar month.

TA on Vacation Leave: To vacation staff: Vacation staff is entitled to Transport Allowance provided no free transport facility is given to such staff. However, the allowance shall not be admissible when such vacation spell, including all kinds of Leave, cover the whole calendar months.